California Dreaming: The Must See Spots From Yosemite To …

Year-round travellers from around the globe flock to the charming city of Amsterdam and its hotels are almost always at full occupancy, therefore it’s crucial to book well in advance.

Whatever your preferred area or your reason for visiting Amsterdam, you’re guaranteed to be able to find a brilliant place to stay – old, new, or recently renovated – in the Dutch capital. 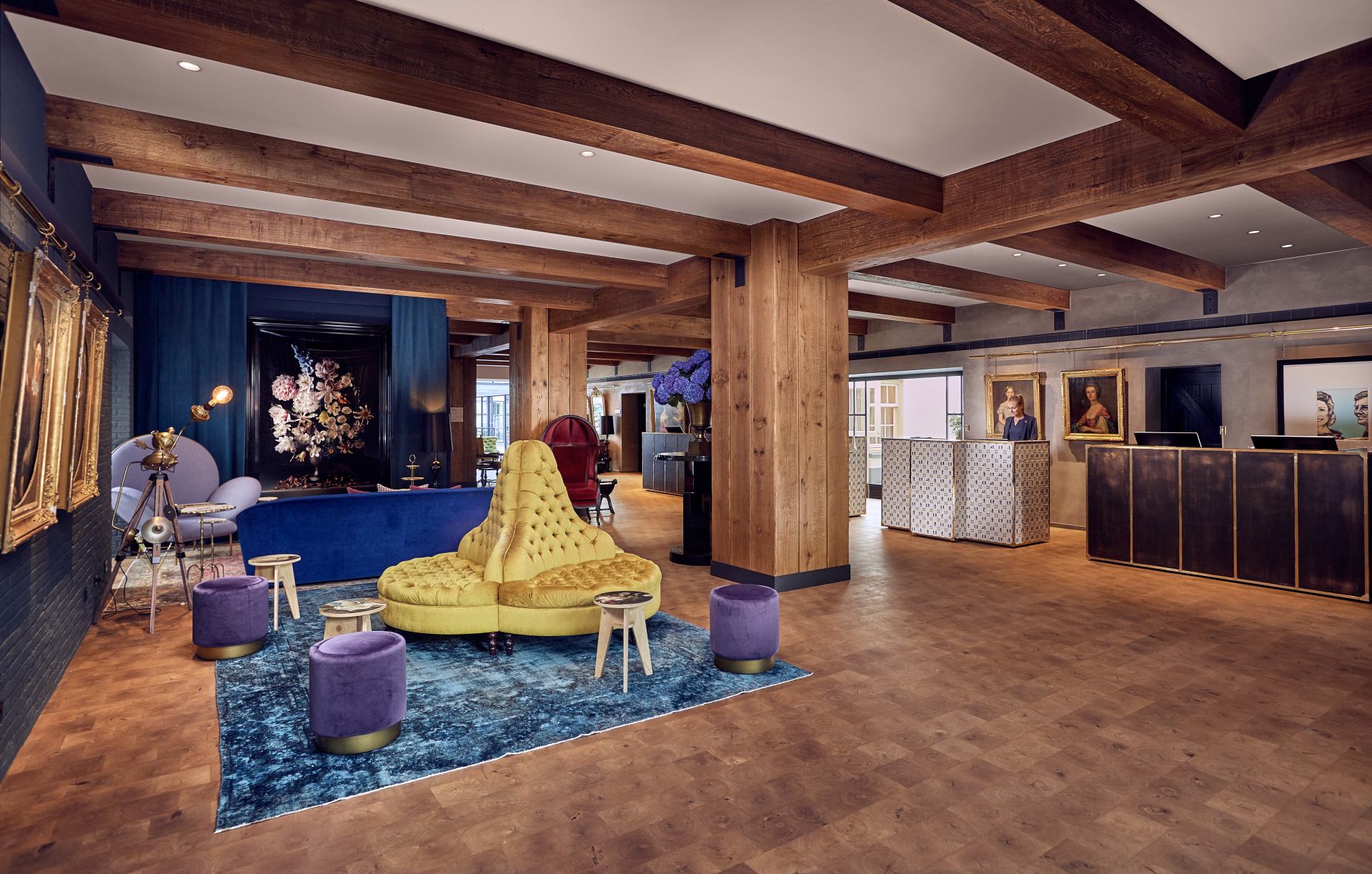 In the past few years, boutique and international brands, from the likes of Waldorf Astoria, Sofitel, and The Hoxton, have opened superb hotels in Amsterdam with contemporary designs that piece together the city’s old buildings, whilst incorporating modern luxuries.

Here are our top luxury picks for the best places to stay in Amsterdam right now.

Renovated in 2016, the 225-room privately owned Pulitzer can be found in a fantastic location, opposite two canals and close to the Anne Frank House, this 5-star hotel is tucked away in the trendy Nine Streets neighbourhood.

Comprised of 25 different 17th-century canal houses, many of which have retained its original features, the hotel is ideal for those wanting to immerse themselves in old Dutch history. 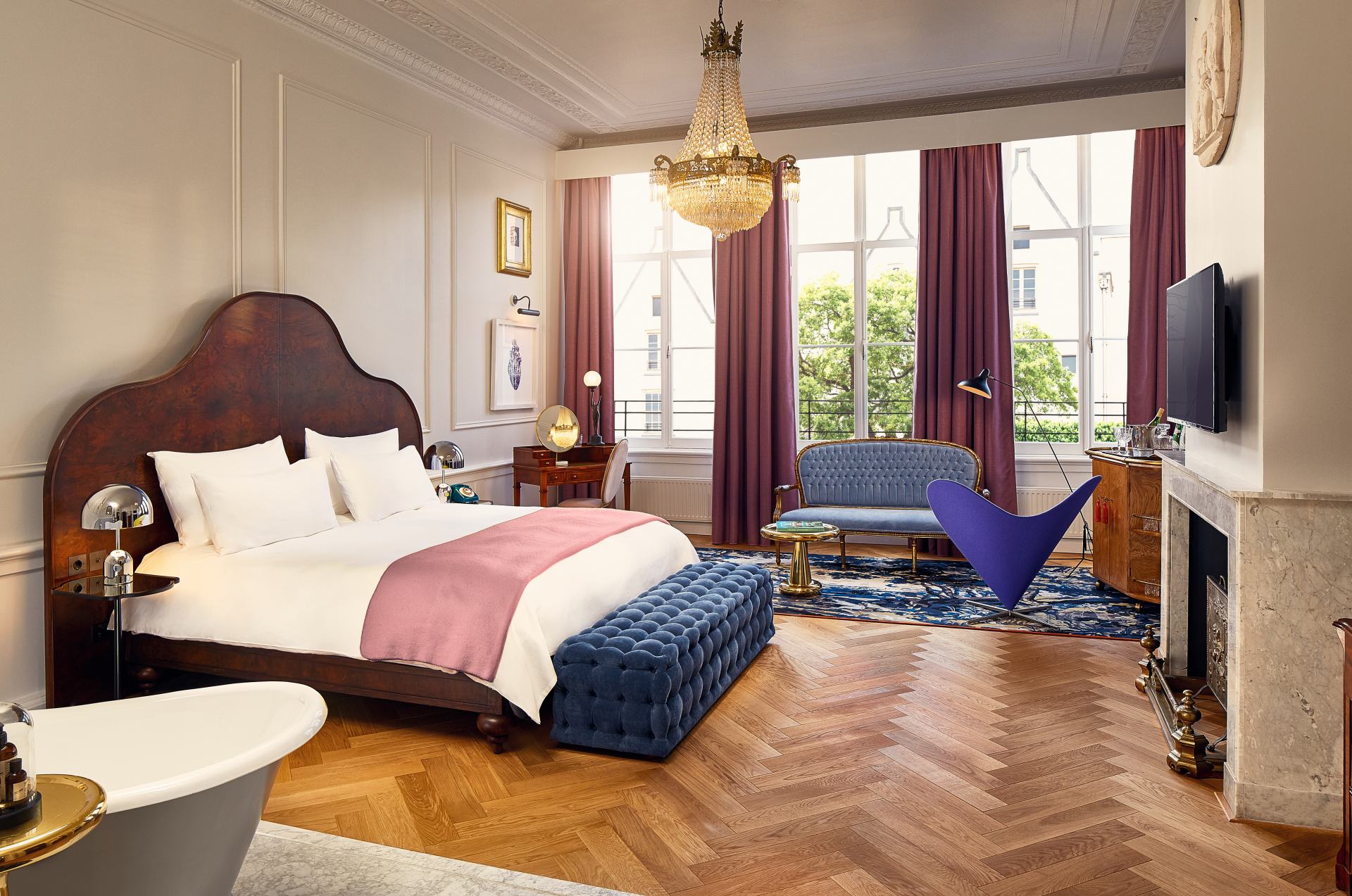 Paintings and drawings from the hotel’s art collection can be found throughout the property. Elsewhere, the decor of each room is nothing short of lavish and many have stunning canal views.

The bar at the Pulitzer is somewhat legendary with locals and tourists alike, known for its fine cocktails and wine list. 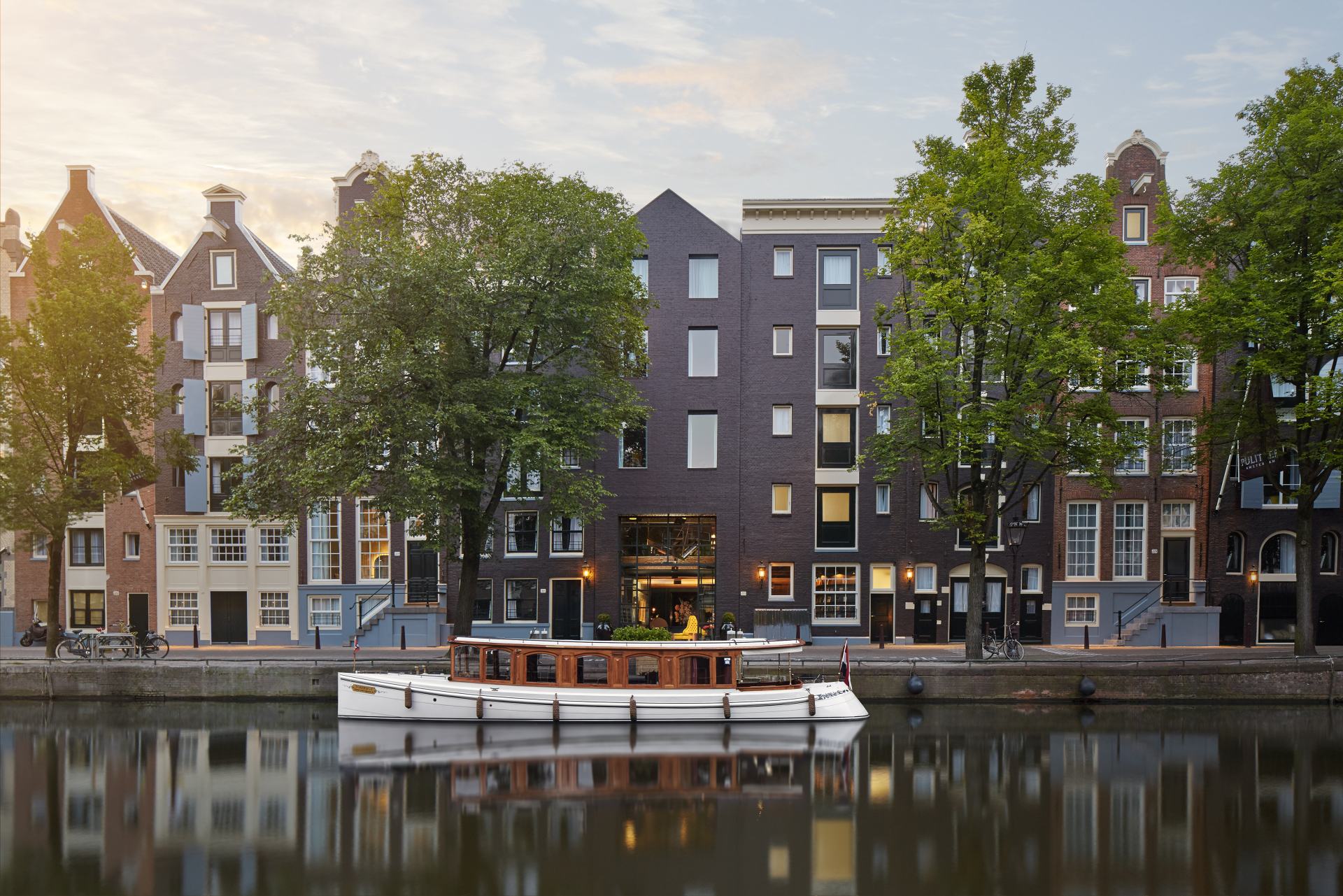 Filled with personal touches and plenty of style, the Hoxton Amsterdam successfully combines a quintessential Amsterdam experience with a boutique hotel style, making it feel like a home away from home.

Situated on a charming canal, within walking distance of the major museums and with a trendy shopping quarter on its doorstep, the Hoxton features a vibrant lounge-bar, a fantastic restaurant, and a style that has the perfect mix of recent with retro, and good-sized, comfortable rooms. 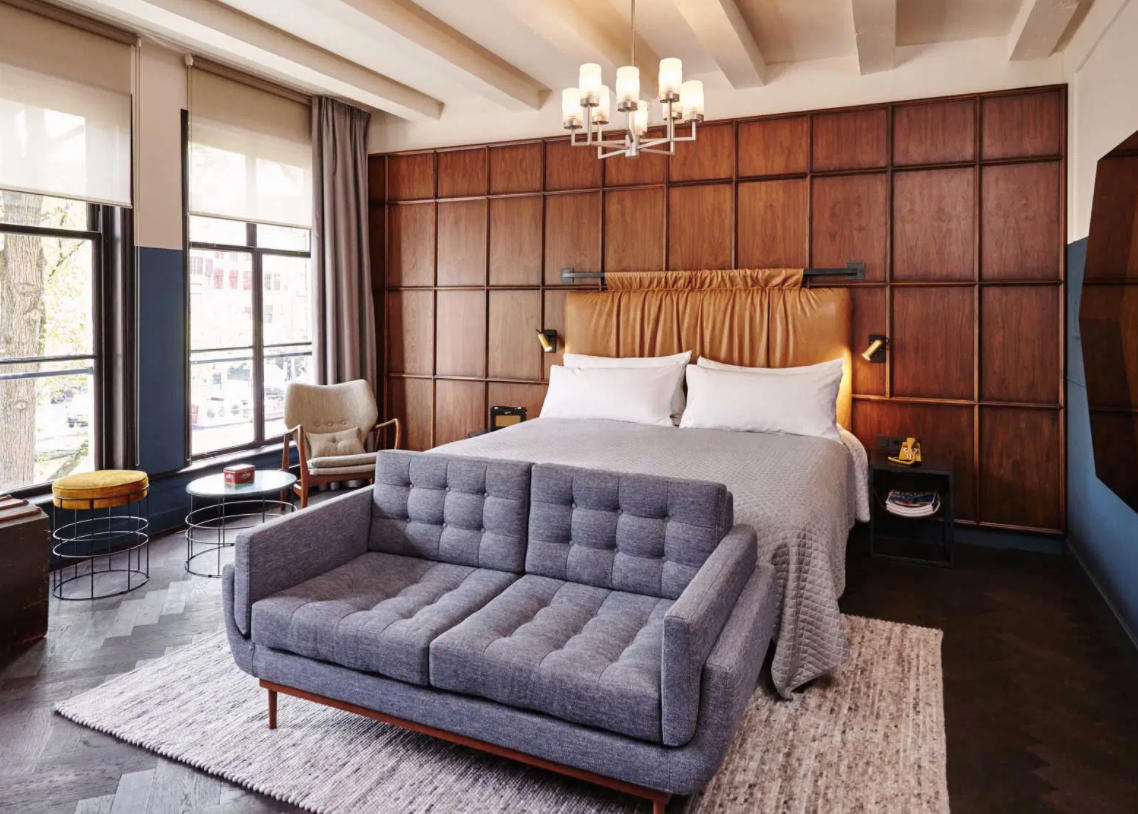 A swanky suites-only hotel, the Hotel TwentySeven is based on the third to seventh floors of a 1916 building in the centre of town.

There are just 16 super-exclusive suites on the floors above Amsterdam’s most private club. From the backlit onyx reception area to the satin scatter cushions on the beds, every area of this hotel is sumptuously decorated. 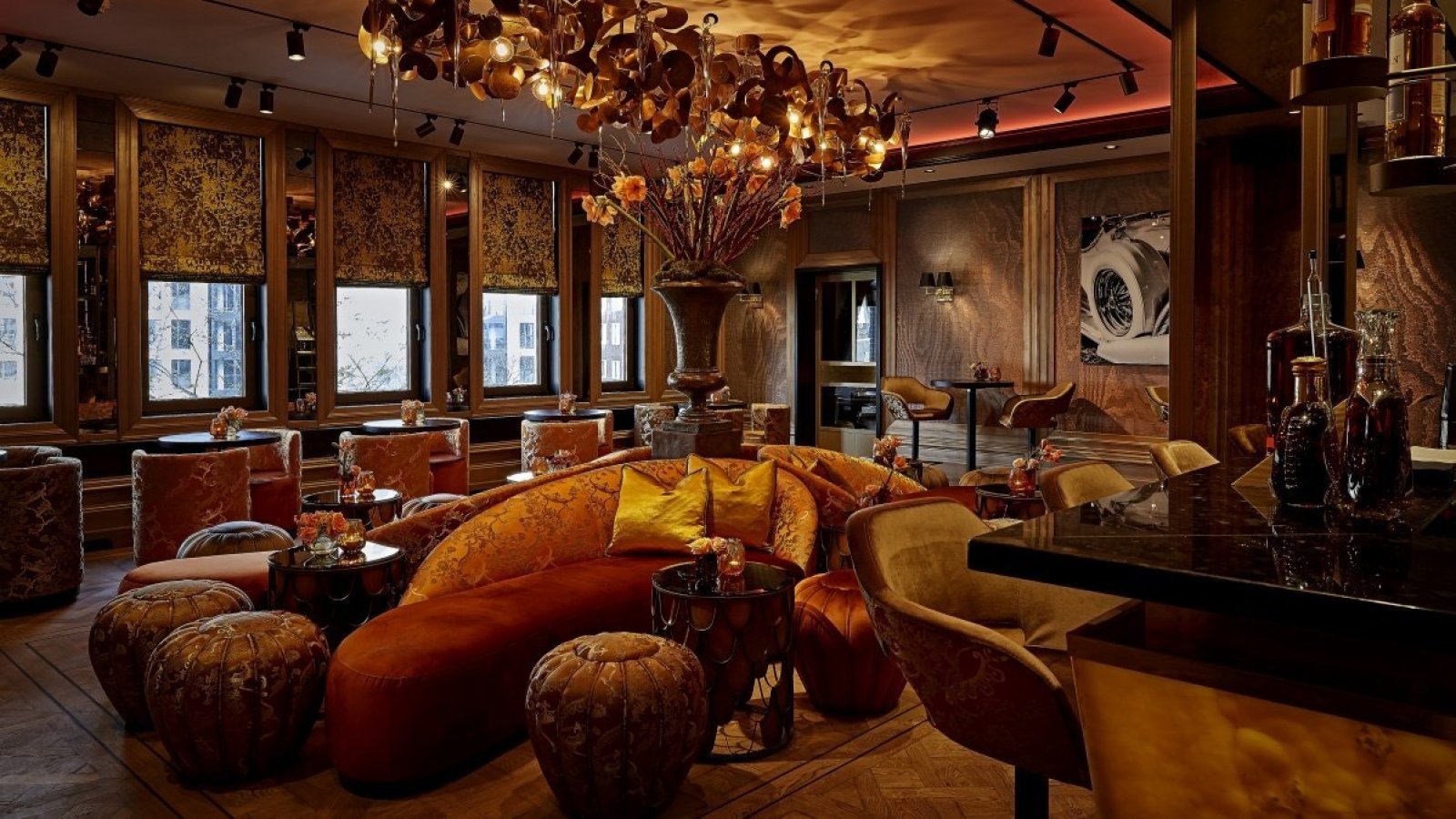 Located in the bustling centre of the city, on the Dam almost next door to the Royal Palace, the main museums are only 15 minutes away by tram and it is a 10-minute walk to Centraal Station or to the main historic canals. 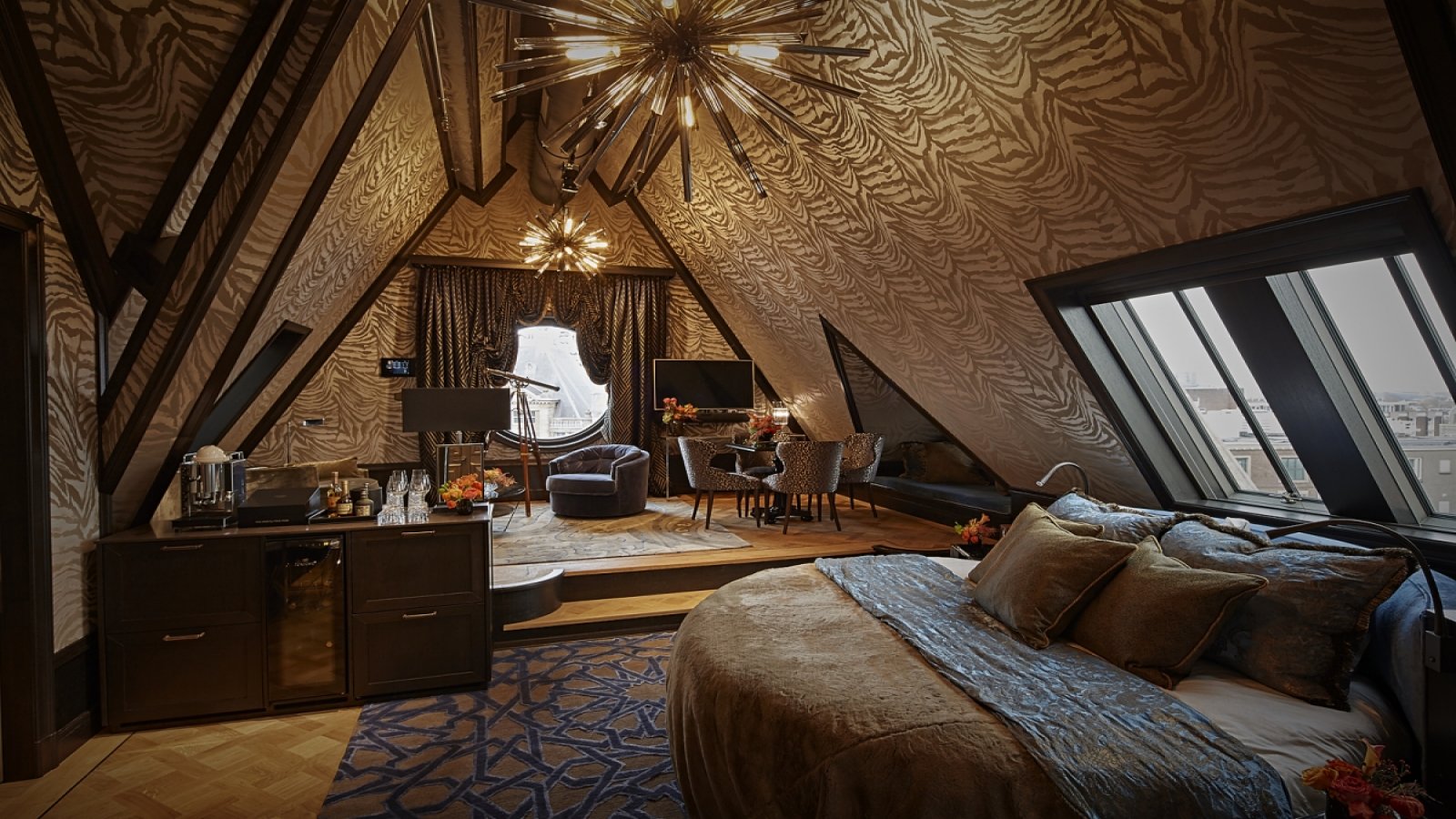 The Waldorf Astoria, Amsterdam, stands out in a city full of trendy hotels with petite rooms as it offers well-sized rooms that are both lavish and comfortable. 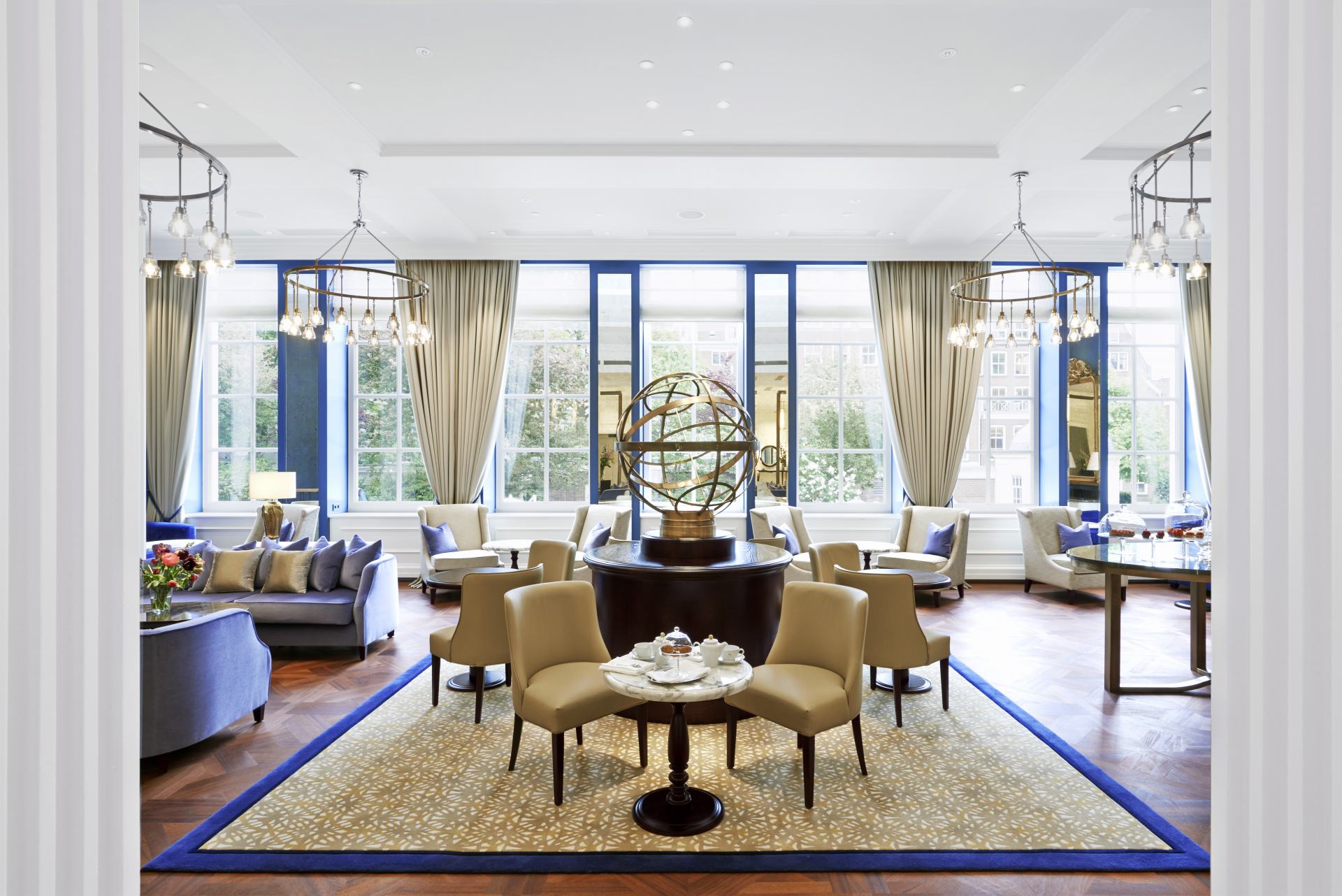 The 93 rooms and suites offer plenty of space and each room is unique, all reflecting the historical characteristics of the hotel buildings. Complete with large windows, high ceilings, marble fireplaces, and luxurious fabrics in natural colours that come together to create an atmosphere of timeless elegance.

Foodies will feel at home here as the hotel has both Goldfinch Brasserie and two-Michelin starred Spectrum, little sister to three-Michelin starred De Librije, one of the most famous restaurants in the country. There is also a private garden and a Guerlain spa. 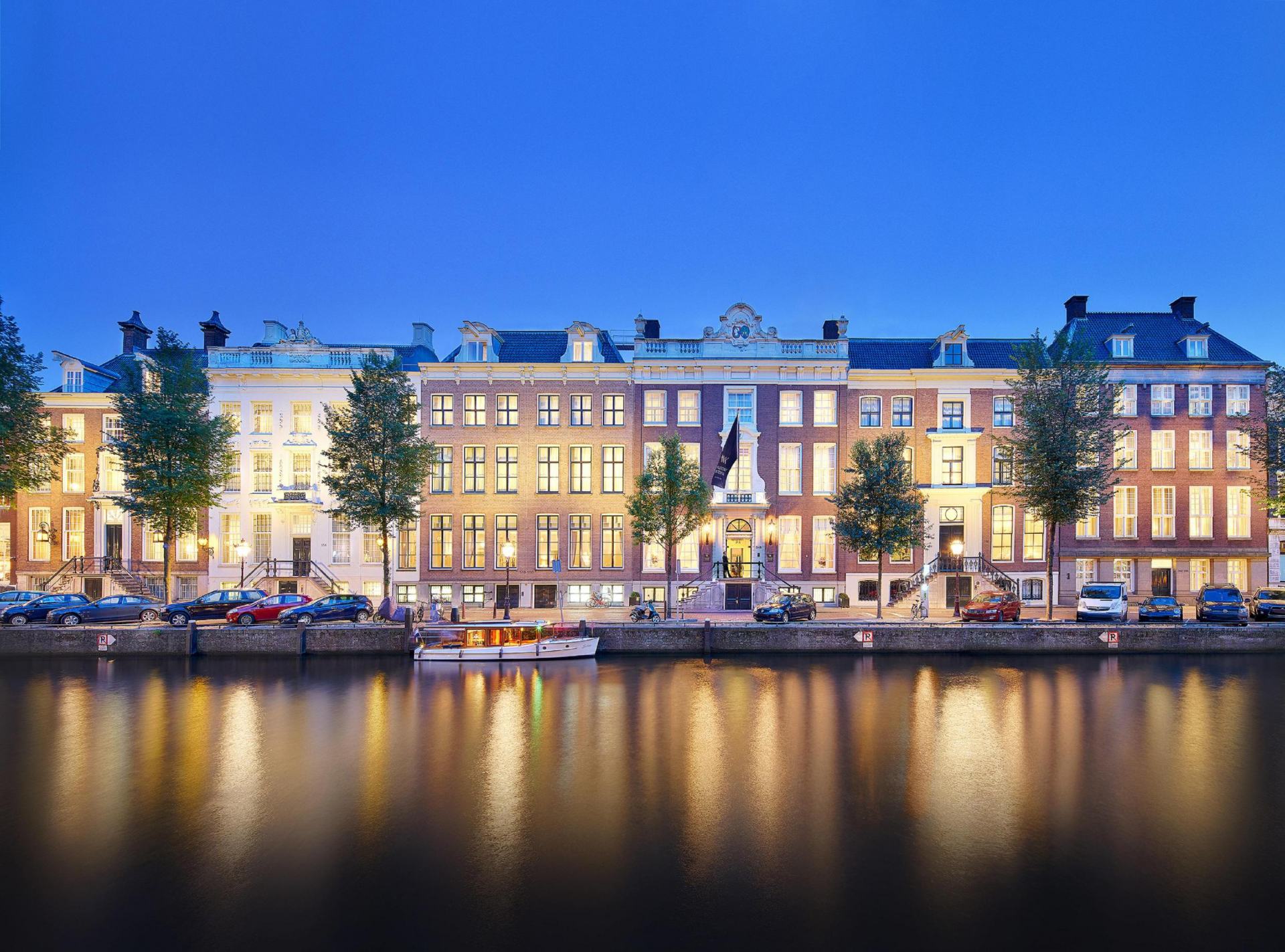 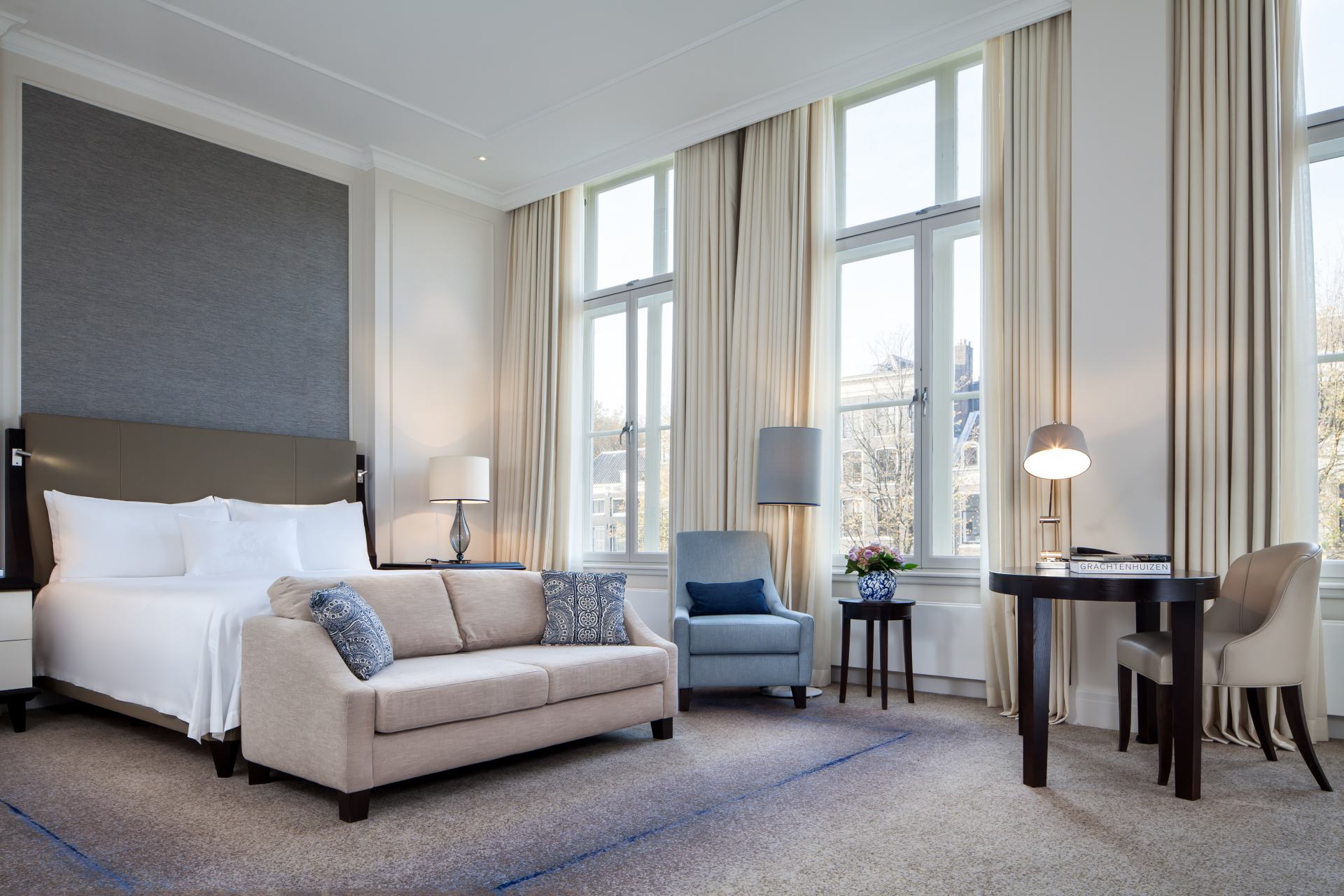 This hotel is one for the history lovers. Noted as Amsterdam’s very first hotel, NH Hotel Doelen was built on the same Swych tower and city walls was originally constructed in 1482 for civic guards called the kloveniers.

The hotel’s great hall was also once the subject of Rembrandt’s famous painting, The Night Watch. The painting hung in the great hall until 1715 when it was moved to Amsterdam’s city hall and today it has its own room in the Rijks Museum. 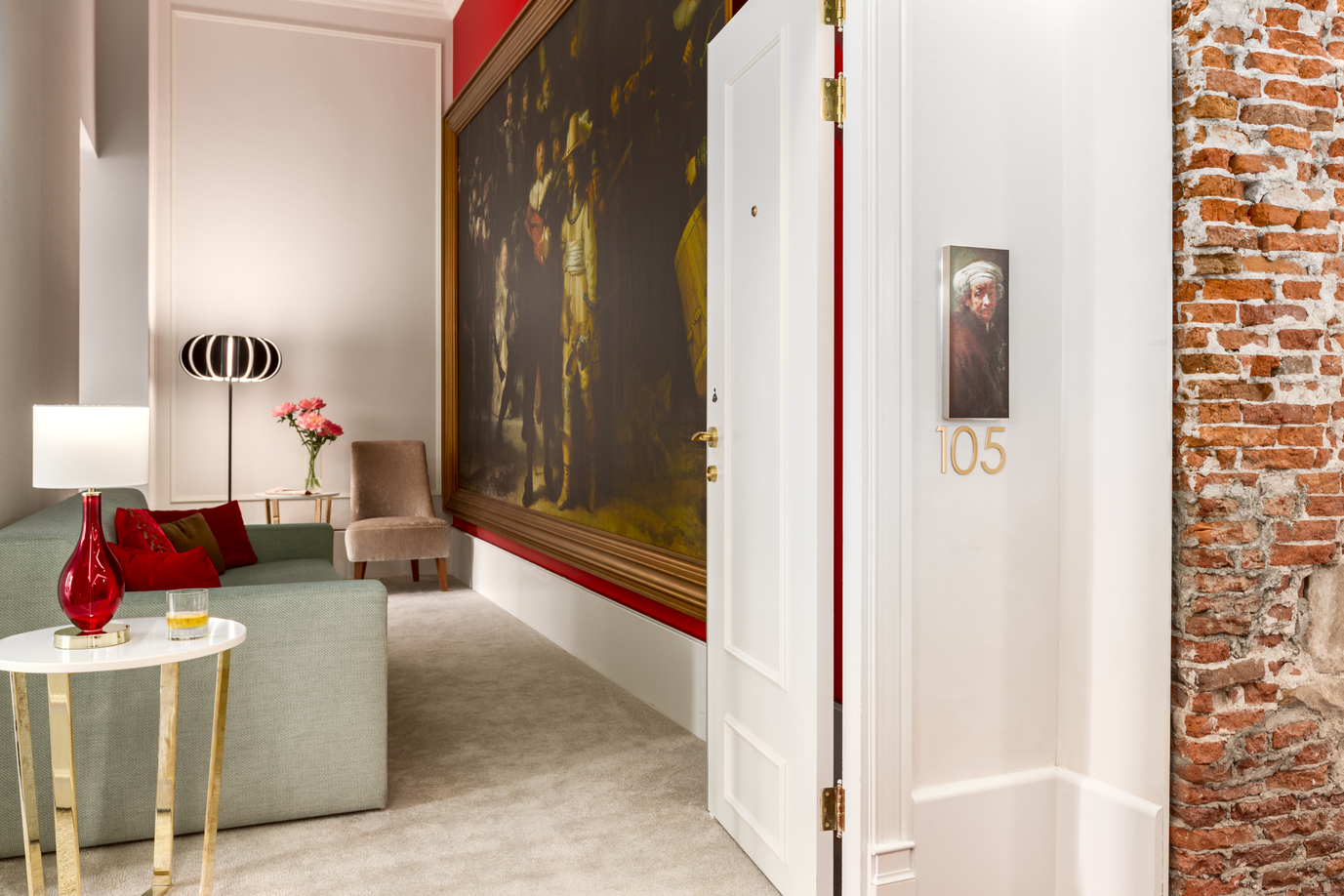 For Rembrandt buffs, the Rembrandt House Museum is also a short stroll away from the hotel. The 81 rooms and suites have hosted many famous guests over the years since 1815 when Hotel Doelen first opened, including the Empress Elisabeth of Austria in 1884 and the Beatles in 1964.

The hotel has also maintained its historic features, including what remains of the tower and wall, while the interior design is contemporary chic.

Just a few minutes’ walk from the Dam, from where it’s a five-minute hop by tram to Museumplein and right in the heart of town, on the edge of the Red Light District is the Sofitel, Amsterdam. 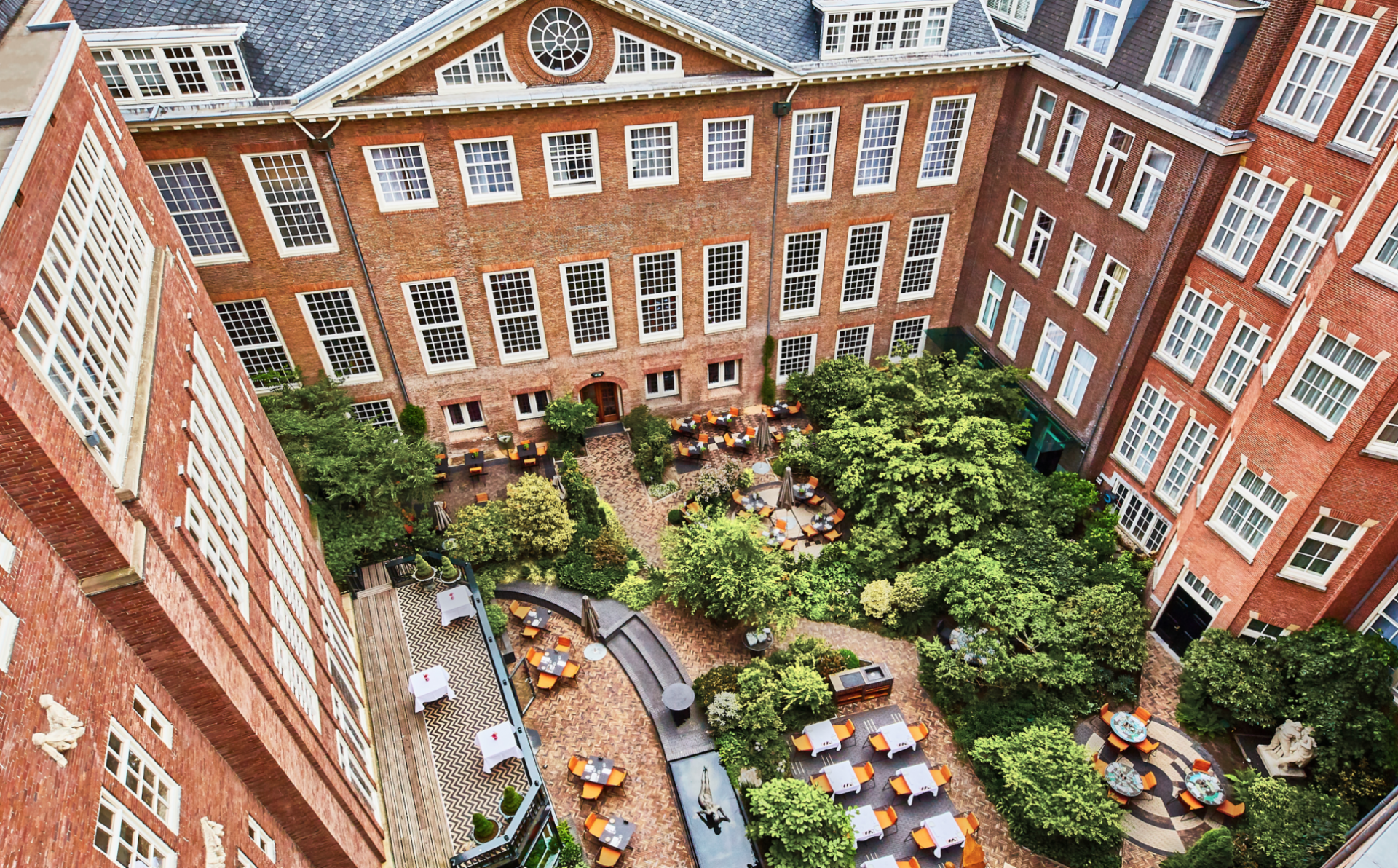 The property was originally built in 1578 as a monastery, doubling as a lodge for royal visitors. Later it became an Admiralty Building, before becoming Amsterdam’s City Hall. 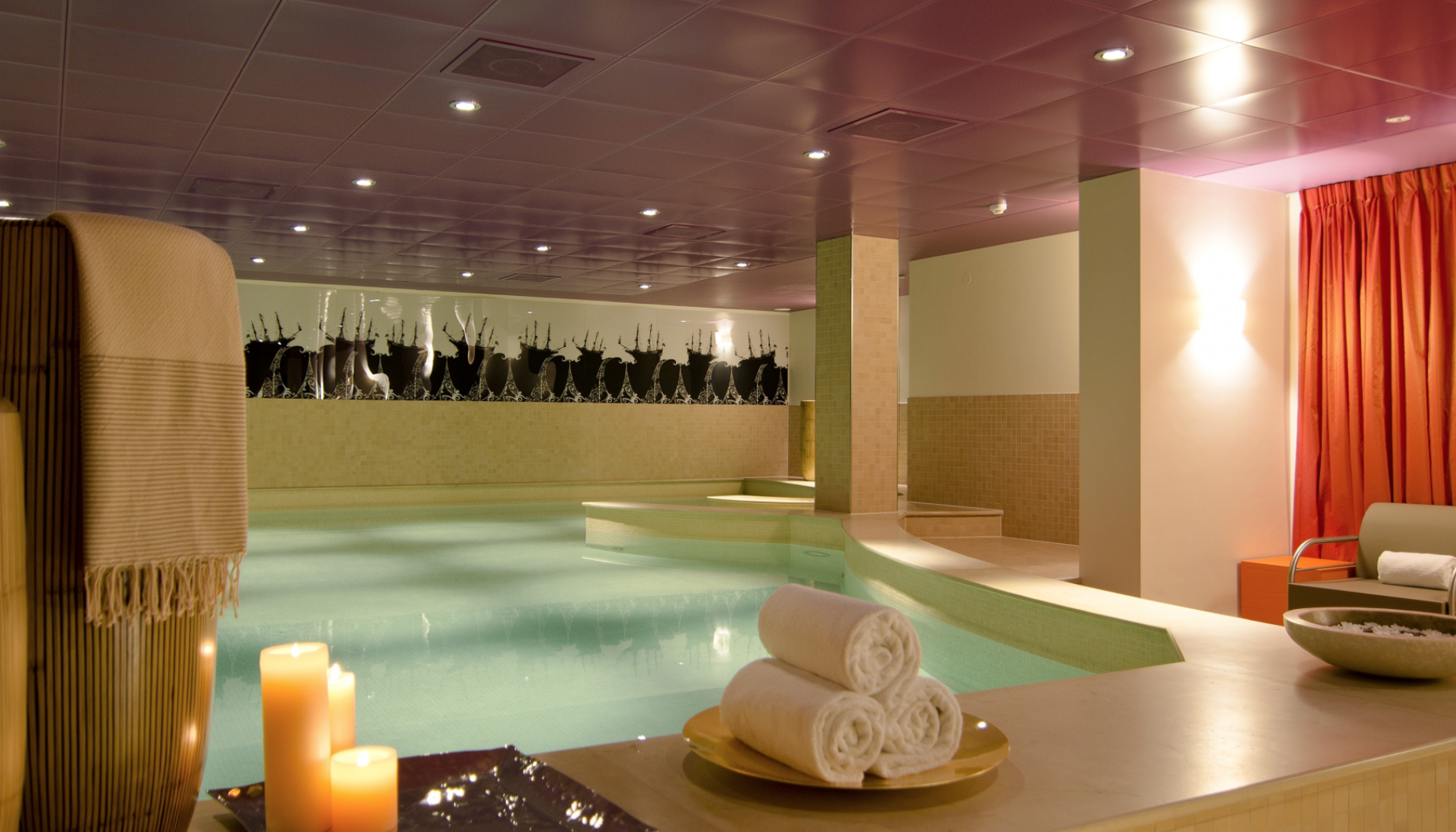 The hotel features include a high-end spa with indoor heated pool, a modern fitness center, and Bridges Restaurant with a canal-side garden terrace for dining al fresco. Room service is on offer 24 hours a day and a kids’ program includes baby toiletries and cribs.