Summer Staycation: The Most Stunning Rural UK Minibreaks To …

Inject some adventure into your life by capturing breath-taking views from the peaks of the spectacular hills in Scotland.

As simple as climbing a hill may seem, a lack of preparation can make or break your trip. Every hill climb requires a good pair of boots with grip, a waterproof jacket, trekking poles or walking sticks if needed and a map or GPS, such as the Ordnance Survey (OS) App.

In terms of choosing the right hill to climb, be realistic by taking your fitness levels into account. Have a look at the best hills to climb in Scotland, ranked from the easiest to the most difficult to help you decide! 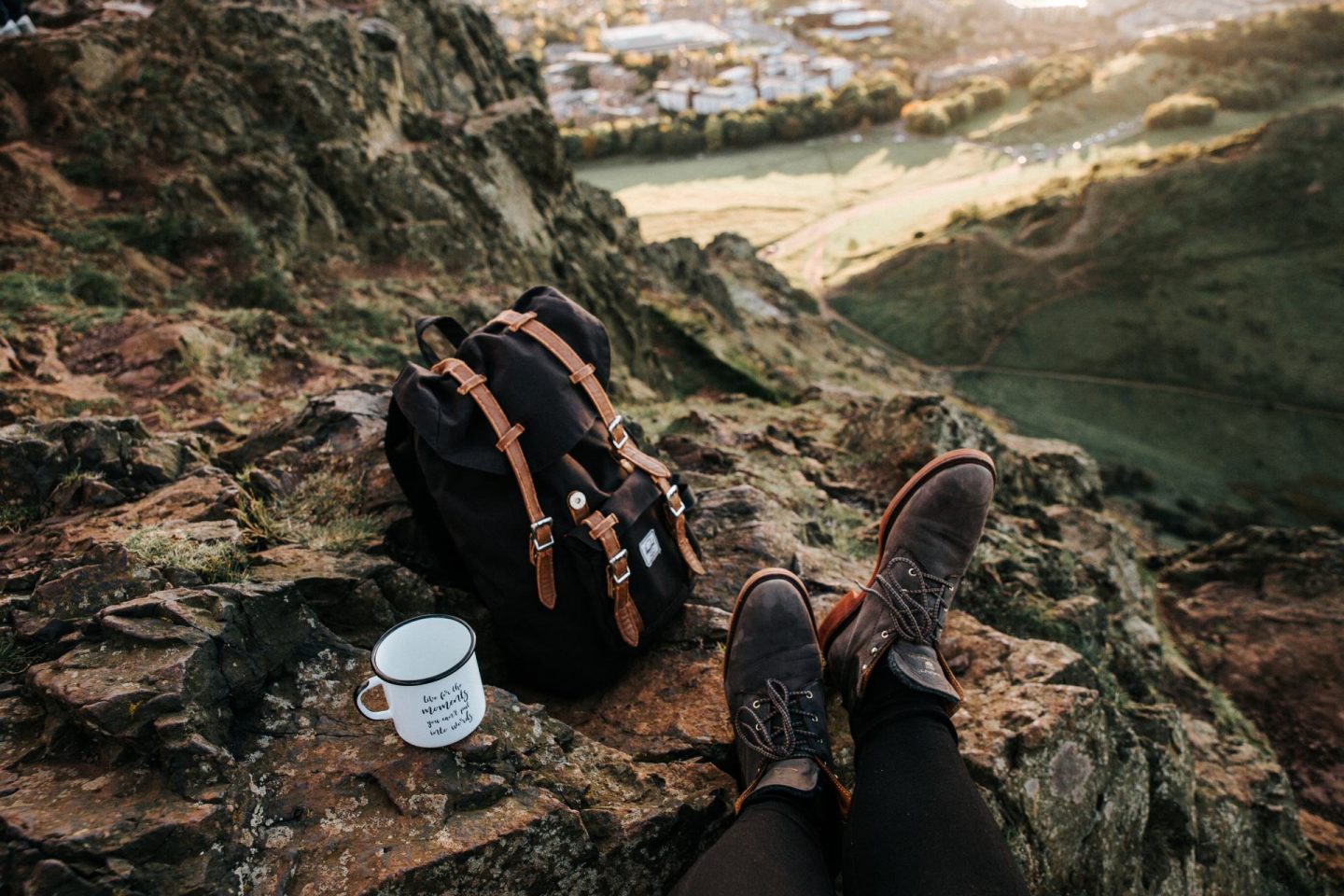 For exceptional views of the country’s capital, including the Firth of Forth and the Forth Bridges on a clear day, take a peaceful walk up to the extinct volcano of Arthur’s Seat at the heart of Edinburgh.

Located at the bottom of the Royal Mile, this hill is the easiest on our list to climb, with a distance of 280m taking a maximum of 2 hours to walk. Alternatively, make your hike even easier by parking your car round the back which is a shorter distance from the top!

Despite the simplicity of this hill climb, appropriate clothing and footwear is still required due to the mud on the path which can be slippery, as well as the rocky summit.

If you enjoy Arthur’s Seat, explore the range of other brilliant viewpoints in the city including Corstorphine Hill, Calton Hill, Blackford Hill and the Braid Hills. 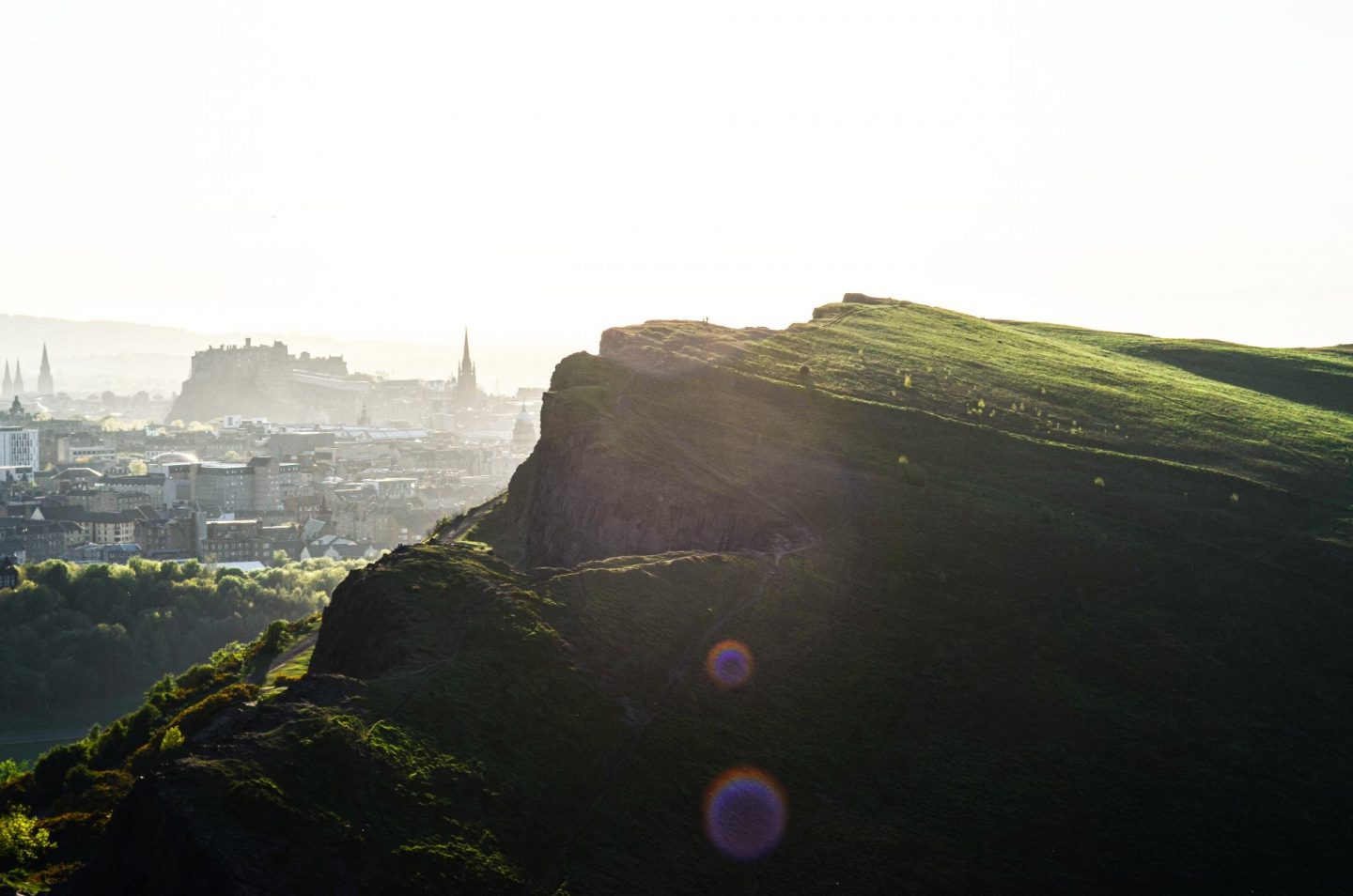 Take a trip to Balmaha in Loch Lomond to join the many others who have ticked Conic Hill off of their list of hills climbed during the pandemic. The ability to capture some of the best views of Loch Lomond in just one hour at a height of 350m as well as the little effort required to climb it, makes this hill extremely popular.

Spot the highland cows during your climb and upon your arrival at the top, capture the sights of Ben Lomond, the mountains of the Isle of Arran and the Arrochar Alps in the distance. 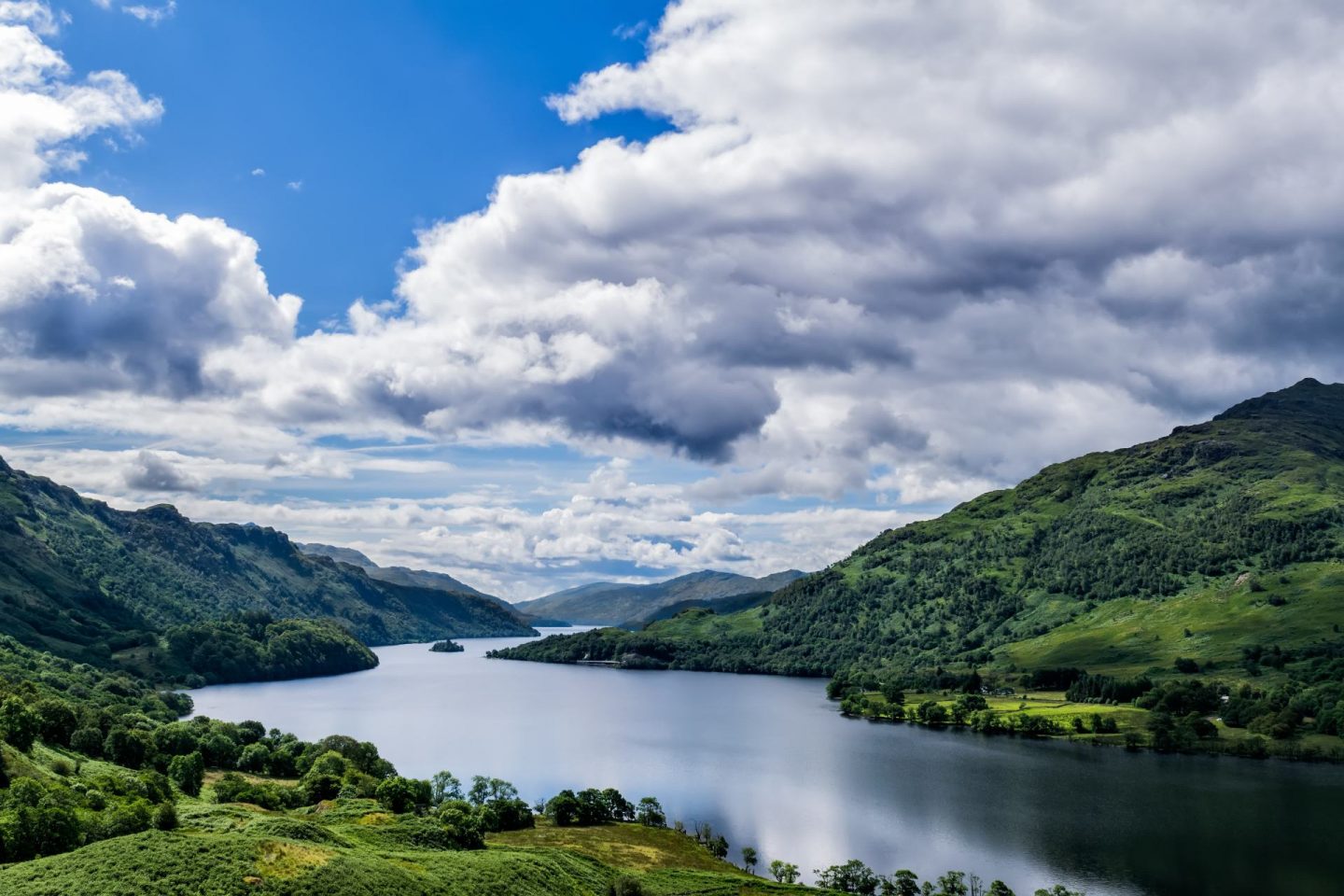 Despite being the sixth highest summit in Britain, Cairn Gorm is fairly easy to climb and is the most accessible hill of the iconic mountain range.

Simplify your climb by driving up to the skiers’ base station where you can park your car at 1,900 feet high or visit Ptarmigan restaurant at 3,599 feet via the funicular railway! However, if you choose to visit the restaurant, hiking further is not permitted.

Once you reach the top, you can relax and take in the sights of the magnificent mountains of the Cairngorms including Beinn Mheadhoin, Ben Macdui and Braeriach.

Moving on to the hills which require slightly more effort, Ben Arthur is slightly more of a challenge to climb. It is one of the most well-known mountains in Scotland for its distinctive triple summit shape.

Meeting the sky at a much higher reach than it appears at first glance, this mountain is 884m from the ground and will take around 4 to 7 hours to climb.

The climb is simple enough until you meet the unique obstacle of passing through a gap in the tower, knowing as ‘threading the needle’, just before you reach the peak of the mountain. When you go through the gap, you will be met with a narrow rocky formation with an extremely steep drop at the opposite side.

You can choose to stop before this obstacle where the views are still extraordinary or be very vigilant making your way through the gap and up to the peak of the mountain, where you will be rewarded with unmatched views of the rest of the Arrochar Alps. 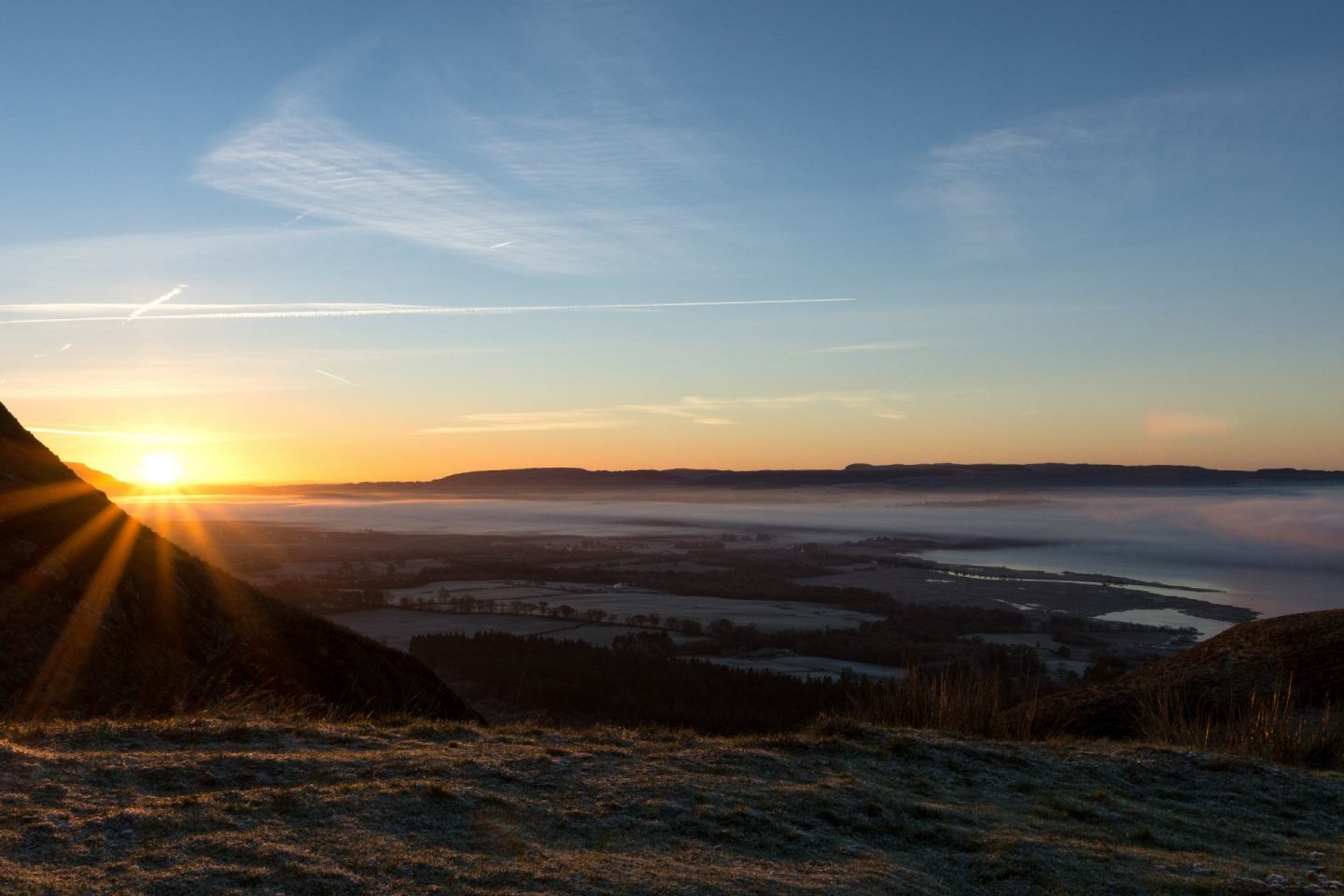 The Pap of Glencoe

The first mountain ranked as difficult to climb is the mini mountain of the Pap of Glencoe. Despite its smaller height of 2432ft compared to its neighbouring mountains, this hill is extremely steep and takes 4 to 5 hours to climb from the car park.

The difficult walk to the summit will be rewarded with some of the best views in the country, overlooking Loch Linnhe, the peaks of the Mamores, and Ben Nevis to name a few.

Follow in the footsteps of around 300,000 people taking on the challenge of climbing Ben Lomond every year, proving that the challenging climb is worthwhile to reach the final towering view over the iconic loch in Loch Lomond.

Starting from Rowardennan, spend 5 to 6 hours climbing the 974m mountain while enjoying the views throughout the climb which only get better and better. The achievement of reaching the summit will be rewarded with 360-degree views over the whole of Loch Lomond and the Trossachs National Park!

Seen all the way from the south and the west, Ben Lomond gloriously dominates the skyline and is the most popular of the Munros in the National Park.

The UK’s tallest mountain takes the final slot as the most difficult hill to climb, at a spectacular 1345m high, covering almost 16 square miles of the West Highlands and taking around 7 to 9 hours to complete.

The famous mountain sees over 150,000 visitors each year, despite only providing clear views 14 days out of the entire year on average. The main purpose of climbing this mountain is the achievement of climbing the largest in the UK rather than the views, which still makes for an unforgettable experience!

Choose between two routes: follow the path up the huge eastern shoulder which is more suited for an adventure with the children, or embark upon the Càrn Mòr Dearg Arête, which seems like a simple route at first but is a thrilling challenge.

If you are lucky enough to reach the peak on a clear day, you will be gifted with the stunning views of Fort William, Loch Linnhe and the Isle of Mull. 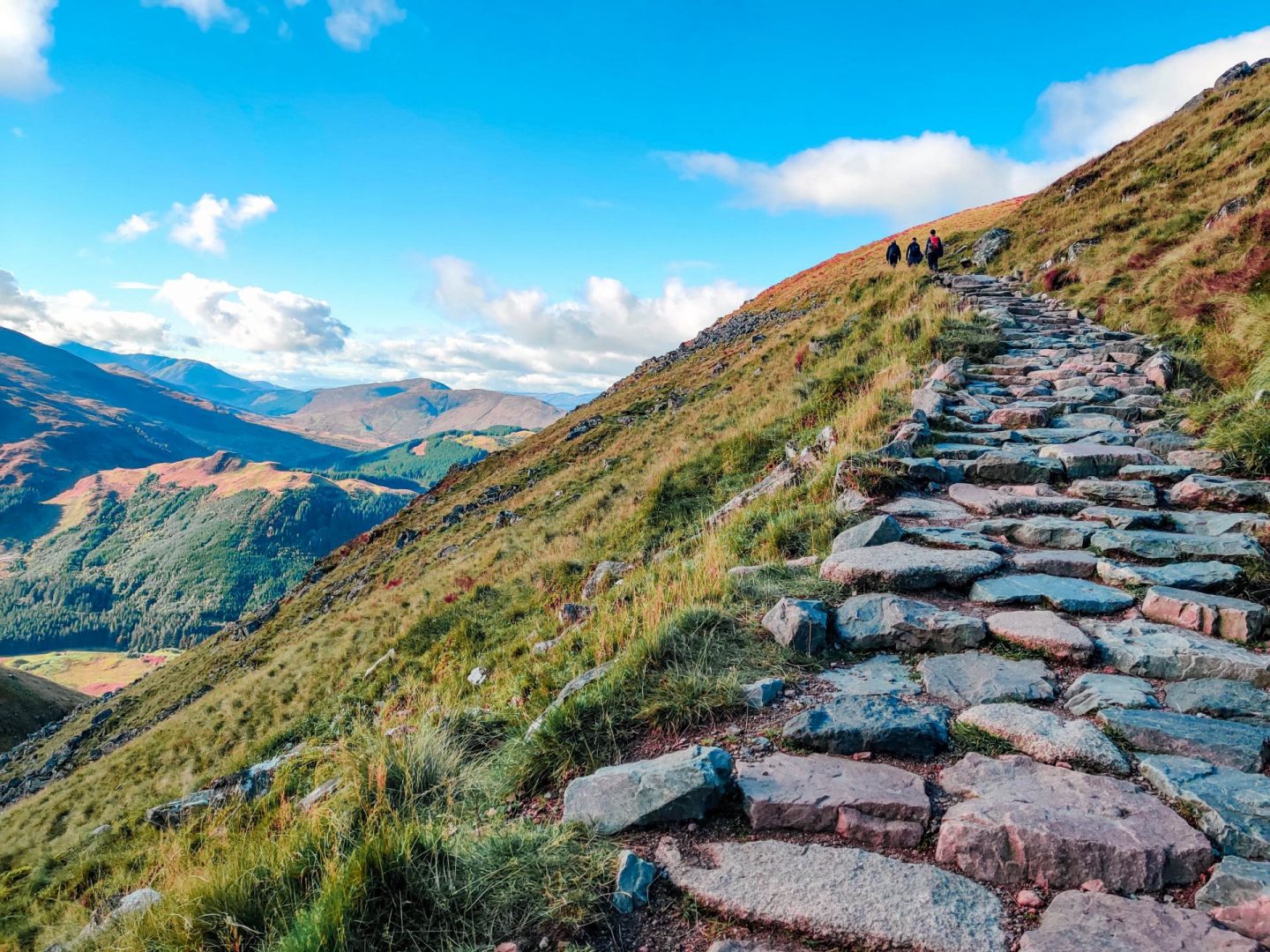