If you’re reading this article right now, you’re probably feeling like most of the country is – in dire need of a getaway with your best people.

Look no further as we have scoured the globe for the best places to visit on almost any budget. Fine-dining and art galleries in Paris? Check. De-stressing and dancing in Barcelona? Hell yeah.

Don’t be put off by the city of love’s romantic status. Sisterly love is just as likely to bloom in Paris, thanks to the city’s deep affection for wine, tasty food, and culture.

If your squad is interested in art, miss the queues at the Louvre (or plan your visit accordingly) and go to the Centre Pompidou to see Europe’s first exhibition of modern and contemporary art or check out Atelier des Lumières, an interactive visual art show where the works of great artists are projected on the walls of a huge space.

When the sun sets, take an evening boat ride on the Seine River to see the Eiffel Tower light up, or have aperitifs at Maison Sauvage, a stunning, floral-covered cafe, before going to Le Champo, an arthouse cinema that screens old classics.

Amsterdam is a breathtakingly beautiful place. Walk or bike through the canals with your best girls, eat more stroopwaffles than you thought imaginable, and visit one of the many amazing museums. After a long day soaking in the culture, a drink at Door 74, a Prohibition-era-style lounge, is highly recommended.

Adrenaline junkies? Go to the very top of the A’DAM tower and try out Europe’s highest swing! Whether you dare to experience the swing or not, the top of the tower offers the best panoramic views of the capital. 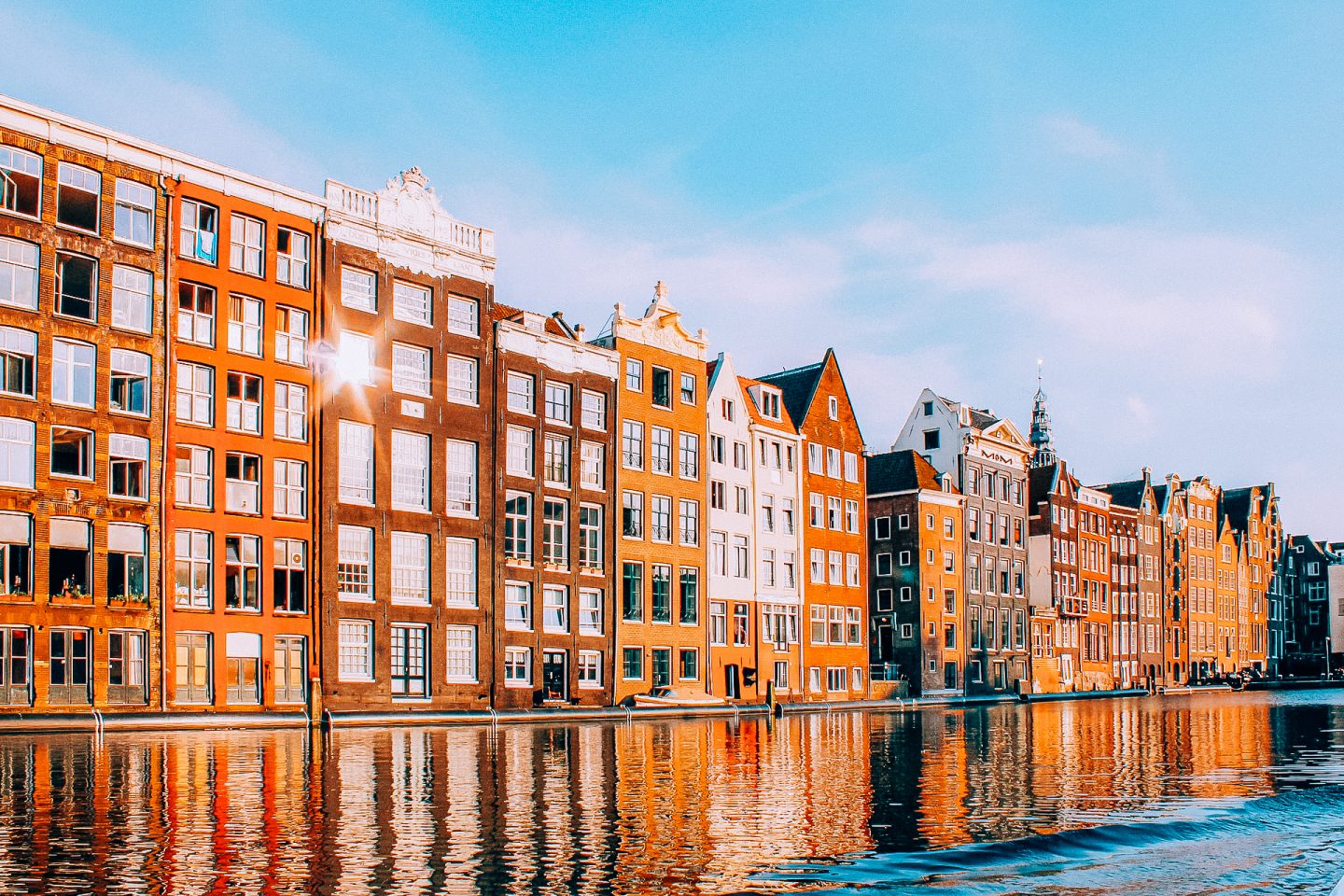 Budapest is renowned as the “city of baths” since it is home to a multitude of naturally-heated thermal baths, including the spectacular Széchenyi Thermal Baths, which has 15 indoor pools, three massive outdoor pools, saunas, and even frequent DJ parties. Who said you have to get out of the tub to go to the club?

If your group is looking to spend some hard-earned cash, then head to Király Utca, a designer paradise, that should be at the top of every fashionista’s list when visiting Budapest. The trendy mile-long street has a plethora of shopping opportunities, ranging from quirky interior décor and accessories to artworks and eco-friendly clothes. 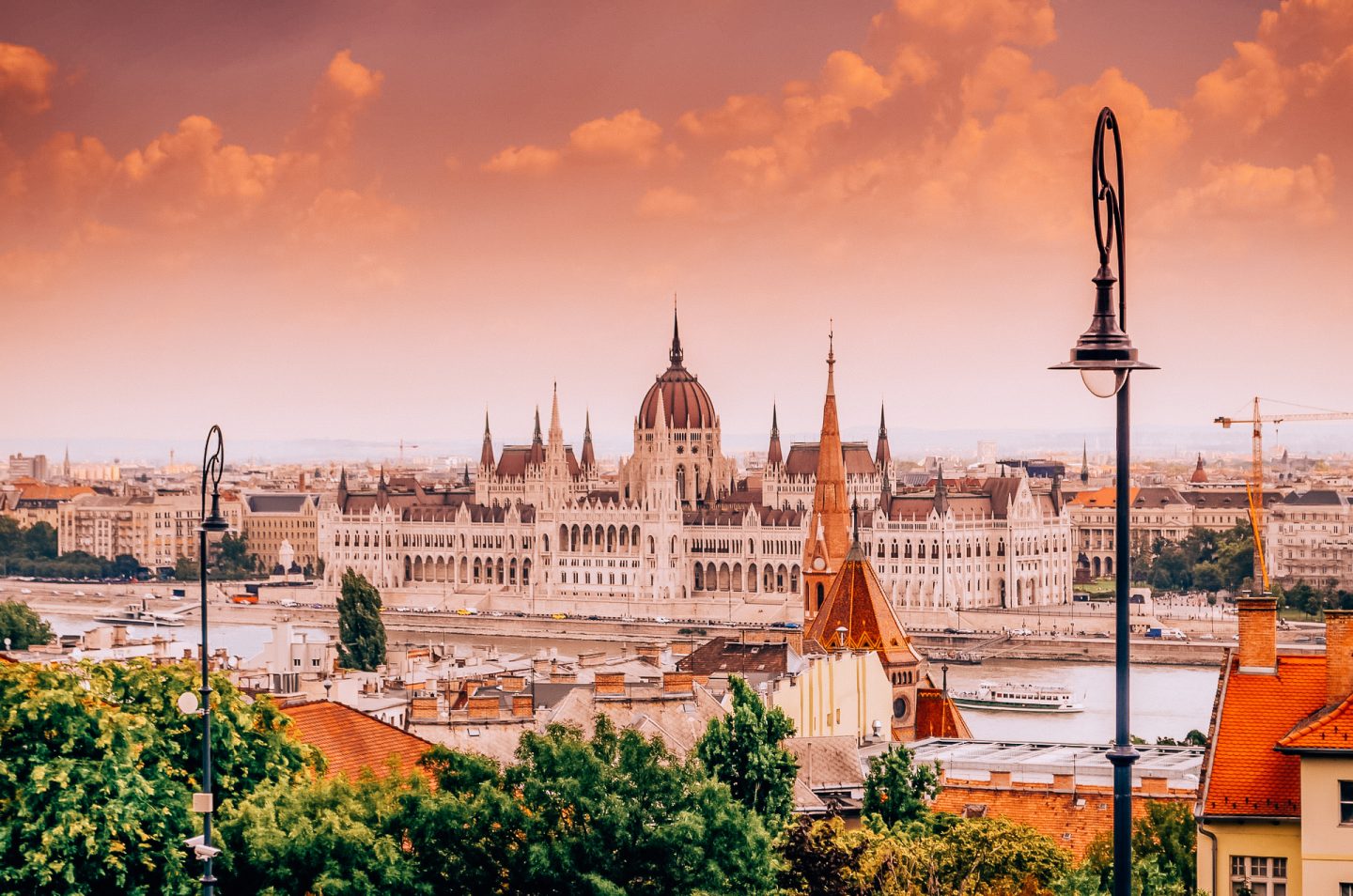 There’s so much more to Barcelona than drinking an excessive amount of sangria on La Ramblas and partying until the wee hours.

Spend some time getting to know the city by walking along La Rambla, until you reach La Boqueria, a massive outdoor food market. Get some lunch and go to the beach, Playa de la Barceloneta to enjoy it in the sunshine. Plan an Antoni Gaudi-inspired city tour for a taste of culture and stop by what is arguably his greatest piece of architectural work, La Sagrada Familia, before swinging by Park Guell to see various Gaudí projects and views of the city.

However, if it’s dancing and drinks that you and your bff are after, grab a late tapas dinner at Sensi Bistro in the historic Gothic Quarter, then dance the night away at Jamboree.

From new architecture wonders to five-star hotels set in 18th Century heritage houses, medieval castles, and probably the BEST food scene in the world – Copenhagen has the ultimate blend of everything you could ever want in a European city!

Take a ride on the city’s all-night subway, which received a brand-new line in late 2019, making many of Copenhagen’s best sights and activities more convenient than ever.

History enthusiasts will appreciate its royal castles and palaces, while foodies will be spoiled for options. Shopping in the Danish capital is also enjoyable, due to its abundance of independent stores and system of pedestrianised streets.