The beautiful country of Italy offers a rich mix of history, culture, vibrant city life, and pristine Mediterranean beaches. It is famed for its delicious cuisine which has been widely adopted across the world, and its capital city of Rome is known as the ‘Eternal City,’ because ancient Romans believed that the city would survive forever through the rise and falls of empires. Learn more about the fascinating history of the city and discover the beauty of its surrounding cities including Venice, Florence, Milan and Amalfi. 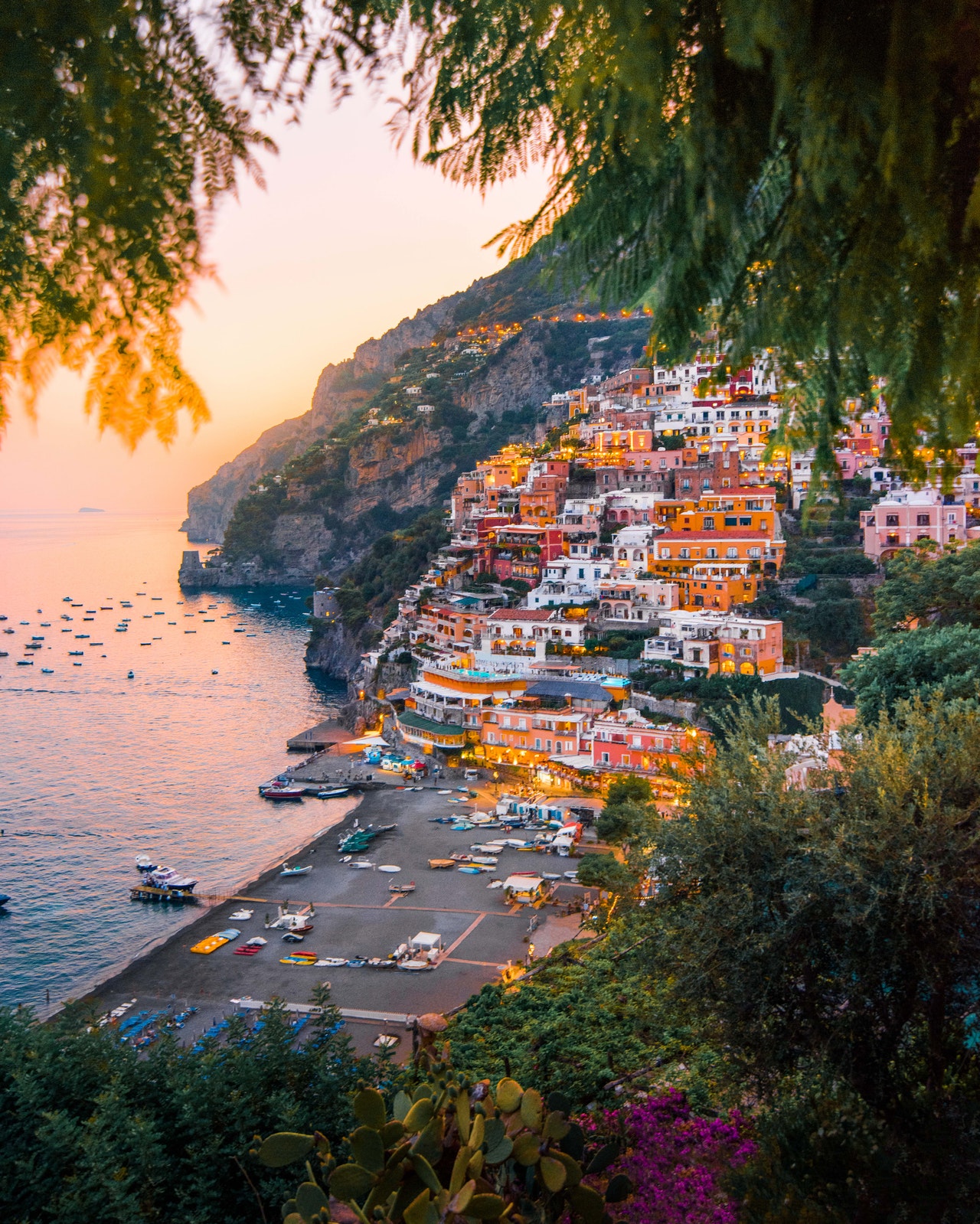 Spring is the ideal time to visit Italy, between the months of March and May when the sun is shining but the heat is not too overwhelming, allowing you to sightsee and tour the country comfortably. Fewer crowds will be around during this period, which is also the case in autumn from September to November. However, this timeframe offers lower temperatures.

Visit Rome in Italy to learn about the rich culture and history, as it is home to famous monuments including the Colosseum located at the heart of the city. It is an oval amphitheater – the largest ever built to this day – and was initially used as a church before becoming the setting of contests and battles between gladiators, as well as between men and animals. This extraordinary attraction offers a standard admission ticket which must be booked in advance, allowing tourists to explore all three monuments: The Colosseum, Roman Forum and Palatine Hill, which must be booked in advance.

Tour the rest of the city of Rome and capture the sights of the stunning Trevi Fountain, the largest Baroque fountain in the city and one of the world’s most famous. Visit St. Peter’s Basilica, the Sistine Chapel and the Vatican museums located in Vatican City, and the Pantheon, a former Roman temple.

Florence is the capital of Italy’s Tuscany region, featuring its famous Duomo Cathedral which played a crucial role in an art period in Italy’s history named the Italian Renaissance. Visit this impressive monument before admiring the beauty of the art featured in the Uffizi Gallery in the city.

The picturesque city of Venice is known as the ‘City of Canals’ is a unique experience as it is filled with canals instead of roads, including the Grand Canal which forms the city’s biggest water-traffic corridors. Make sure to see St Mark’s Basilica and reach the peak of St Mark’s Bell Tower to witness the magnificent sunset. Other notable attractions in Italy include Pompeii and Mount Vesuvius, the Leaning Tower of Pisa and the Milan Duomo, whilst must-visit scenic spots include Lake Como, the Amalfi Coast and Clinque Terre.

Italian food is common across the world, however, the country’s national dish is Ragu Alla Bolognese (Bolognese sauce), as it is used in many of the best Italian pasta dishes including spaghetti, tagliatelle, pappardelle, and fettuccine. Other popular dishes across the country include pizza, lasagne, gelato and garlic bread as a side dish.

Stay at this lavish beachfront hotel in Amalfi with exquisite views over the Amalfi Coast, which is perched on a rock dominating the sea. Offering elegant, glamorous guest suites with a private balcony, admire the view before soaking in the swimming pool and unwinding at the hotel’s private beach accessible through glass elevators.

Dine at the Michelin star restaurant Glicine, providing a mix of Italian and Mediterranean cuisine or try the fresh fish or pizza with a view from the terrace at the Al Mare restaurant.

This charming, romantic hotel is located in Positano, offering spectacular sea views and flawless white hotel rooms with large windows and a spa bathtub. Relax at the hotel’s wellness centre featuring a sauna and massage treatments, before dining at the Sirenuse oyster bar or the Michelin star restaurant with a wide-stretched terrace by the sea.

Stay in this homely hotel in Porto Ercole, situated on a clifftop with gorgeous sea views from the Tuscan-styled rooms. Enjoy the hotel’s private beach and soak in the sea-water swimming pool and be sure to make use of the tennis court to stay active. Breakfast is served in a buffet format at two restaurants in the hotel, a Michelin star gourmet restaurant and the Tuscan Pelligrill Restaurant.