It’s been two whole blissful weeks since Lewis made me the happiest person on the planet when he got down on one knee and proposed in the most perfect, romantic and magical setting.

Who would’ve known that all those years ago, when we first met in our home town, that we would be creating this beautiful life together? Truly, there is nobody else on this planet that I would rather spend the rest of my life with – it’s all one big adventure and I’ve got the best adventure buddy for life.

We’ve been together for over 6 years, and often discuss marriage and our future together, it really was just a case of when and where he would ask, but never did I expect it to be this year or during our latest trip to Milan, Lake Garda and Verona.

I’ve had a lot of friends and family ask me how on earth I didn’t suspect anything, especially when travelling to some of the most romantic destinations, and did he really not give anything away at all?!

Nope, I’m extremely lucky that I’ve found someone that is not only smart, hilarious, adventurous and gorgeous, but above all, he’s the most thoughtful, kind, generous and selfless person that I know, so I’ve spent the last 6 years being constantly surprised – random bunches of flowers on a Monday evening are no strange occurrence in our household – yes, I count my blessings every day and remind myself that he really is rare one. 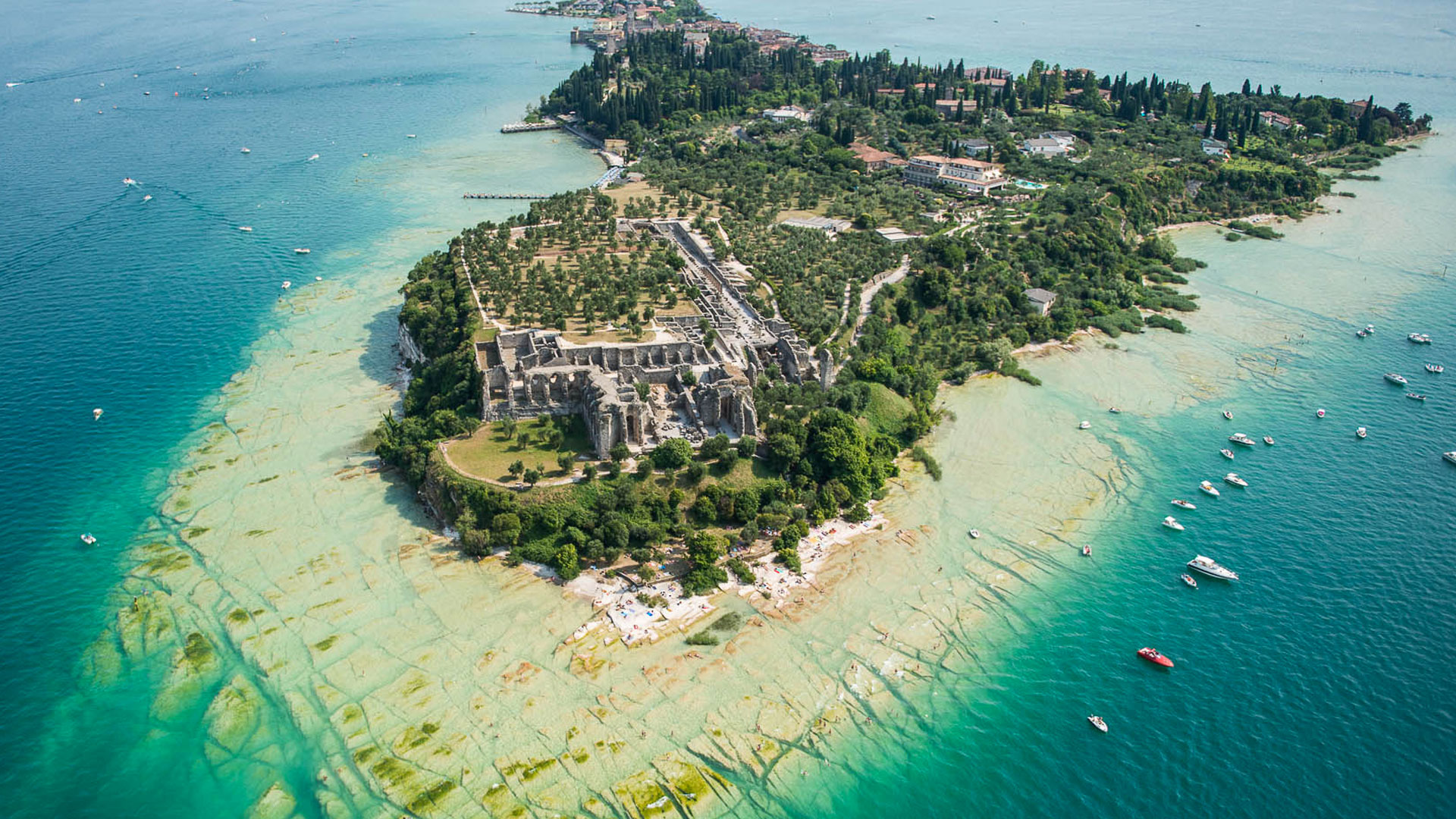 The two of us have travelled around the globe together and seen some of the most beautiful sunsets, views, and beaches in the world, but if ever there was a perfect place to propose (for me), Lake Garda is it. He really does know me better than anyone else.

Our trip started with us flying from London to Milan, where we stayed at the stunning NH Milano Palazzo Moscava. We spent our time in Milan, meandering through the little winding streets, climbing up to the top of the Duomo and laughing over far too many plates of pasta and cones of gelato – the city of Milano was the most perfect place to spend our proposal eve (unknown to me at the time).

The following day, I knew that Lewis had planned a day trip for us to Lake Garda but I had no idea what we would be doing as he had planned a whole surprise itinerary. We embarked on the 1-hour train journey from Milano Centrale Station to Lake Garda and little did I know that my whole life would shortly be changing.

It all started with a surprise boat tour around Sirimione’s famous Scaligera Castle and around the breathtaking Lake Garda itself. It was the most beautiful and relaxing boat ride and at the time I still didn’t suspect a thing. After stopping for some lunch, I was then told that there were the most stunning Roman Palace Ruins overlooking Lake Garda and right on the cliff edge.

We walked the short journey up to the Archaeological site of Grotte di Catullo, and as we reached the top, I said to Lewis that we didn’t need to pay the admin fee to get into the actual site, especially with it closing in less than an hour, the views from the outside were just as fantastic. He outright refused, and looking back, this was all a little out of character! Now I know that it’s because he had been planning to propose here for months. 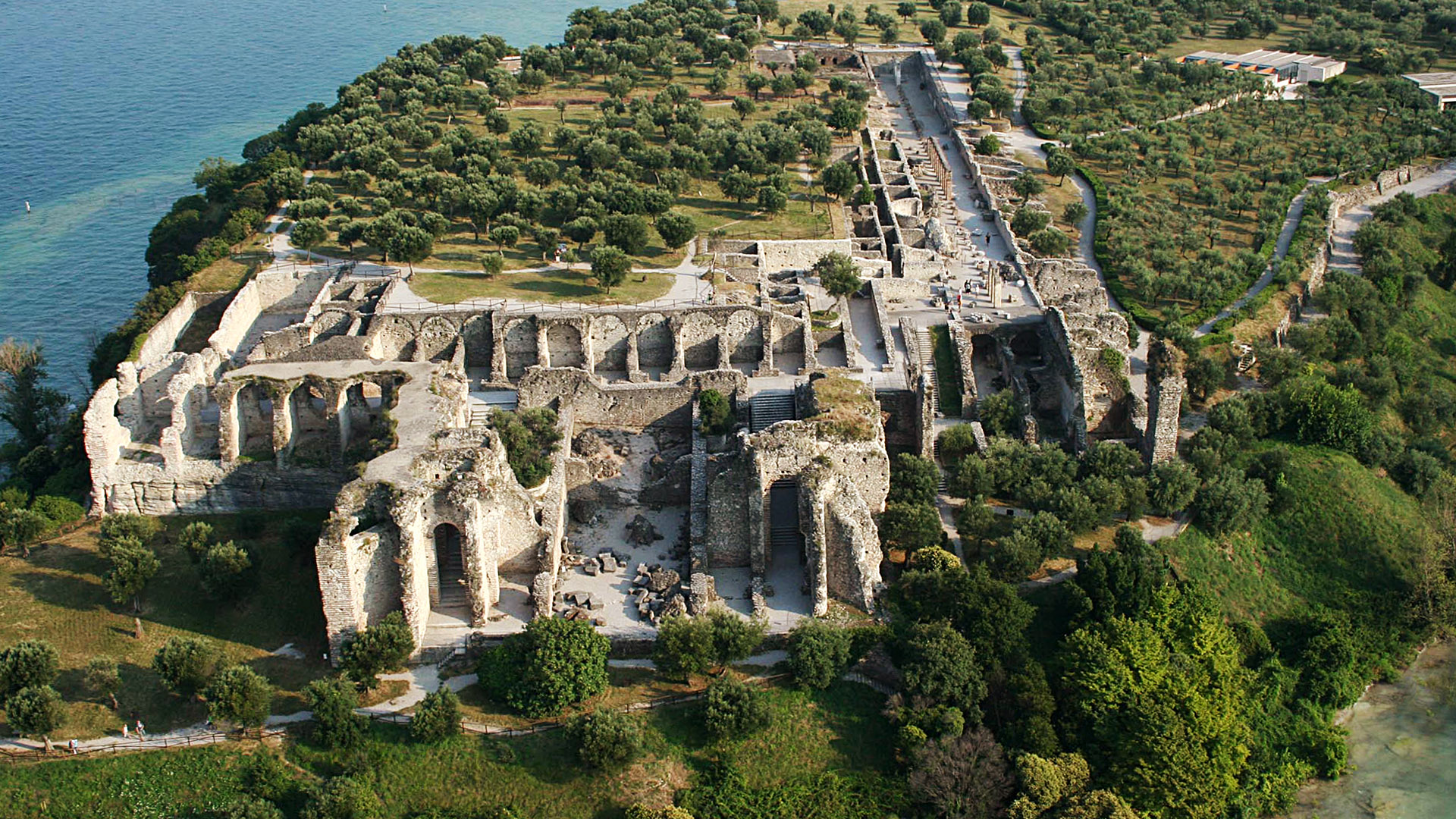 The two of us are big on history and we’ve spent many days, roaming around various museums and historical sites around the world together, we love nothing more than spending our weekends exploring London’s many museums. We’ve forever had a mutual love for learning about the past and what once was, to add to this, we love a good viewpoint – but who doesn’t?

After walking around the Roman Villa ruins for a little while, we stumbled across the most picturesque point, a magnificent archway overlooking Lake Garda, and Lewis suggested that we set up our tripod to take a photo or two. Little did I know that he had changed the camera to video mode and started recording the whole proposal. We were lucky that the palace was about to close so the whole villa was almost empty and the whole moment was just as private, enchanting, tear-jerking and exciting as I could’ve ever dreamed.

Everything went a little bit blurry from this point forward and I’m pretty sure I blacked out! I can quite honestly say that I cried (with joy and pure emotion) for the rest of that day and I’m still spontaneously crying on a daily basis, 2 weeks later.

The surprises didn’t stop there, oh no, Lewis then told me he had booked a spa day for us at a gorgeous thermal spa overlooking Lake Garda, although he could’ve sat me on a park bench facing a brick wall, and I wouldn’t have known any different. I was on my own planet!

2 weeks on and we are still floating, more in love than ever and excited for all that is to come. Let the wedding planning commence!

P.s. For those wondering/asking, we didn’t have a photographer with us, Lewis captured the whole thing on a tripod, on our camera. It was the most beautiful and private moment, just us two.