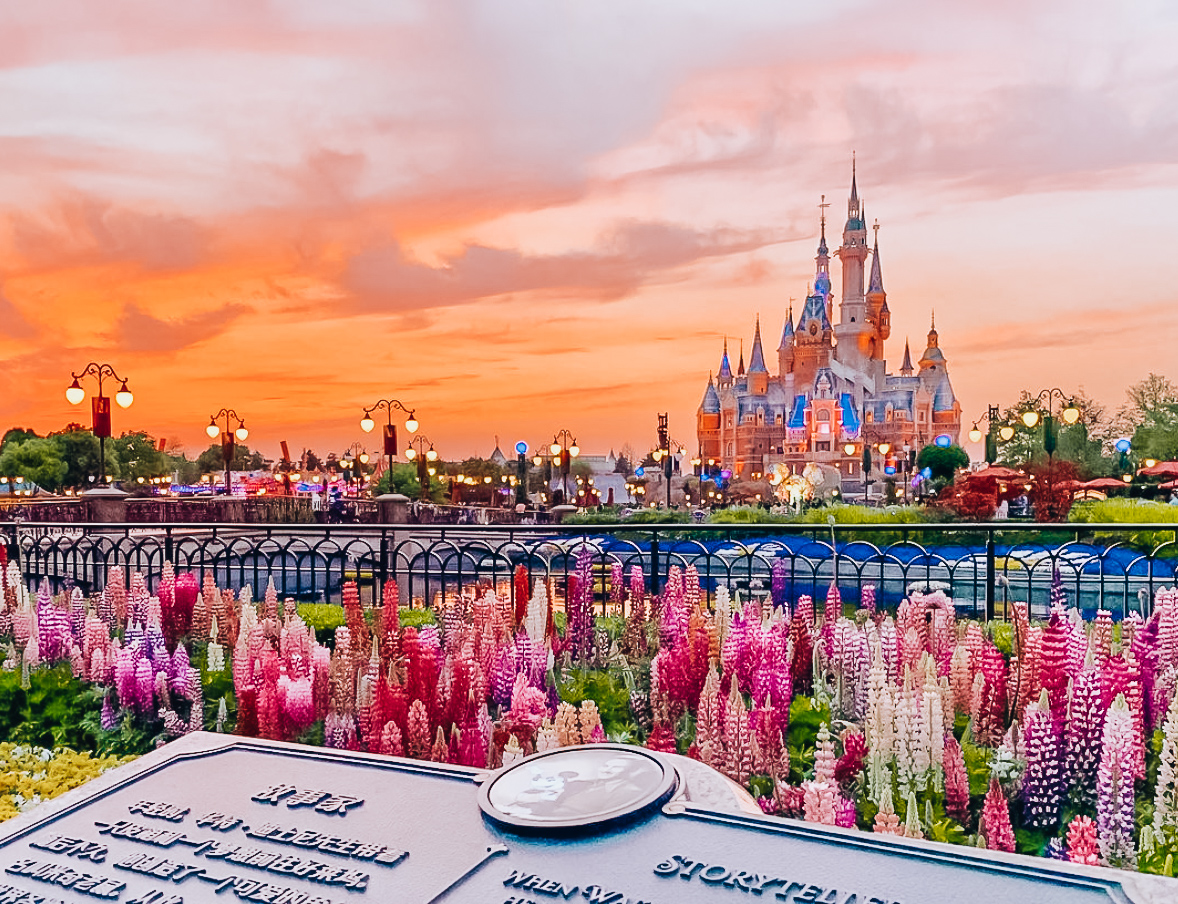 Infectious laughter, excited chatter, exhilarating screams from thrilling rollercoasters, and nostalgic music transporting you back to your childhood will fill your body with delight as you enter the magical world of Disneyland.

Spot your favourite Disney characters welcoming guests from all over the world, inhale the delicious smell of the food from the snack stalls and prepare for the unforgettable moment when you capture the spectacular sight of the Disneyland Castle, which stands gloriously in the centre of the park surrounded by a variety of sensational lands to explore.

If this is not the incredible atmosphere that you are welcomed with at any of the Disneyland Parks around the world, then Disney have simply not done their job. To avoid disappointment, we have ranked the best Disneyland Parks across the globe to help you reach a decision of which to visit first, or to assist the dedicated Disney fanatics who are seeking the next Disneyland Park to cross off their bucket list!

Magic Kingdom Park in Florida takes first place for delivering the ultimate enchanting Disney experience, exceeding expectations of children and adults of all ages with the highest attendance rate of all the parks. Through the incredible advancements in the size of the castle, as well as the quality of attractions, firework displays and parades, this park is a new and improved version of the original Disneyland in California while still fulfilling the main theme.

Located in the Walt Disney Resort in Bay Lake near Orlando, Magic Kingdom Park was the first of four theme parks in the resort. Spend the day exploring four lands featuring adventure and futuristic themes, as well as Liberty Square and the most elaborate Main Street, USA of all the Disneyland Parks.

Whizz through galaxies at Space Mountain, board the ships at the Pirates of the Caribbean ride, travel through time at Walt Disney’s Carousel of Progress in Tomorrowland and experience the Walt Disney’s Enchanted Tiki Room which is soon to be refurbished to mirror the features of the Disney film, Moana!

If you’re not ready for your adventure to come to an end, explore the variety of theme parks surrounding Magic Kingdom including EPCOT, Animal Kingdom and Hollywood Studios.

With France already being one of the most magical places in the world for its beauty and culture, it is the perfect setting for Disneyland Paris which takes second place on our list.

This park boasts exquisite attention to detail in storytelling, landscaping and architecture. Admire the stunning gardens as you enter the park in front of the iconic Disneyland Hotel and one of Disney’s most beautiful castles.

Despite many of its attractions being heavily influenced by the American parks, Paris definitely aimed to add their own twist in rides like Big Thunder Mountain Railroad in Discoveryland, which features an island in the middle of Rivers of the Far West that can only be reached through an exhilarating rollercoaster below the water! Other attractions with a unique twist include Hyperspace Mountain and It’s a Small World.

Escape from the chaos for a moment to appreciate the magnificent views from the Swiss Family Treehouse and from the Queen of Heart’s castle in Alice’s Curious Labyrinth.

The food options of this park are not exceptional according to visitors; however, the location of the park may compensate for this as an excellent variety of cuisines are available as soon as you step foot back into the city of Paris.

A post shared by Where Magic Gets Real ✨ (@disneylandparis)

Being the only theme park in the world that Walt Disney directly supervised, the original Disneyland Park holds a space in fans’ hearts as it is home to where the story of Disney officially began, pushing it into our top three.

It may not feature as many impressive advancements and a castle as large as some of the more modern parks, but the revolutionary aspect of the attractions is what allowed and influenced parks like the Magic Kingdom in Florida to thrive.

Experience one of the best and unmatched Disney rides, the Matterhorn Bobsleds rollercoaster, which is famous for being the first roller coaster in Disneyland and the first tubular steel coaster in the world! Hop aboard Monorail which is a ride that transports you from Tomorrowland to Downtown Disney and experience Nemo and Friends Submarine Voyage.

With the second-highest attendance rate of all the parks, Disneyland offers an incredible atmosphere. Expect large crowds at the evening parades, firework shows and the ‘Fantasmic!’ show featuring over 50 live performers.

Tokyo Disneyland was the first Disney park to be built outside of America in 1983. Located at the Tokyo Disney Resort in Urayasu, the park is known for its fabulous cuisine and supreme cast members who provide unsurpassed performances.

Explore the 24 attractions at the park including the newly improved ‘Pooh’s Honey Hunt’ and ‘Monster’s Inc. Ride & Go Seek.’ Afterwards, take your experience to the next level by visiting DisneySea. Although this ranking is based on Disneyland parks, the existence of DisneySea in Tokyo cannot be ignored as it would significantly improve your experience in Tokyo if visited together.

The park itself sits at number four for the reason that on its own, it does not surpass the quality of the top three, but its secret weapon of DisneySea keeps it from falling to the bottom of the line-up. Discover mind-blowing beauty and attractions at DisneySea that are completely unique and incomparable to any other Disney-related park in the world!

Disneyland in Shanghai comes in fifth, as a must-visit for experiencing Disney in a completely unique light. However, if you’re looking for a park that offers traditional Disney features then this may not be the correct choice for you as it steers away from the original theme slightly more than the other parks.

Visit the largest Disney castle that has ever been built, the Enchanted Storybook Castle, which towers over the park at 197 ft. Enjoy 17 rides and the replacement of the traditional Main Street USA with Mickey Avenue, where you can still shop and dine to your heart’s content.

The park offers re-imagined versions of classic attractions including Winnie the Pooh, Peter Pan and Pirates of the Caribbean, as well as unique additions such as the famous TRON: Lightcycle Power Run. If a futuristic version of Disney appeals to you, then this is the one for you!

Last on the list is Disneyland in Hong Kong, which was the first Disney park in China and is the largest theme park in the city.

Located in Penny’s Bay at Lantau Island, this park is small and is the perfect option if you are pressed for time looking to explore a new culture. Experience the range of rides including the iconic Mystic Manor and Big Grizzly Runaway Mine Cars, and keep your eyes peeled for new additions as the park is set to expand in the coming years!