After a record-setting year in cuisine, boasting 27 Michelin stars at 18 dining establishments worldwide, Four Seasons is spotlighting its Masterdishes – the most coveted, shareable and iconic menu items from all over the world to guests, followers and locals alike.

Ranging from newly conceived creations to recreated classics, these Insta-ready dishes and drinks showcase flavour mastery, passion and technique, and are as distinct as the restaurants and bars where they originate and the artisans who created them.

Every Friday from November 22 until December 27, 2019 on Instagram, Four Seasons will be spotlighting a selection of Masterdishes via @FourSeasons and #FSMasterdish. With the festive period fast approaching, culinary enthusiasts are invited to experience Masterdish creations for themselves at Four Seasons restaurants and bars or digitally through the dedicated hashtag.

Travel to Geneva, Mexico City, Seoul and Vail, among other culinary destinations as Four Seasons explores some of the most buzzworthy creations to date. 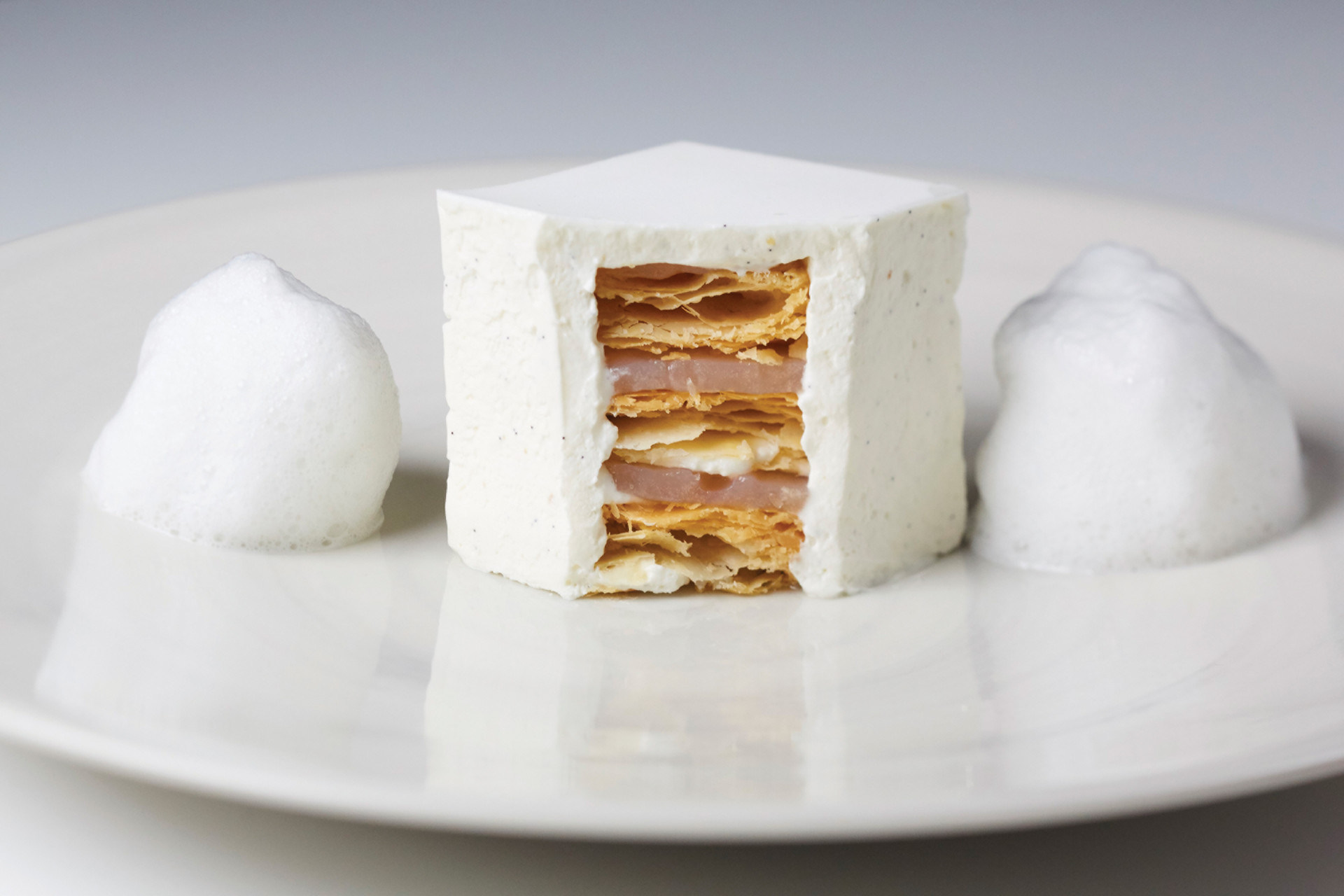 Roasted Scampi Surrounded by Chef’s Garden at Four Seasons Hotel des Bergues Geneva
In this complex piece of culinary art, 35 different vegetables are featured in various preparations, inspired by memories of Chef Massimiliano Sena’s childhood on Italy’s Sorrento Coast. The vibrant plate features roast scampi served in its own bisque surrounded by a garden of seasonal produce and topped with a squid ink tuile. Within the first hour of its social media debut, Sena’s star dish generated incredible intrigue, garnering more than 100k views on Instagram and encouraging eager tasters to visit Michelin-starred Il Lago to see and taste the work of art first hand.

Spaghetti with Ham, Ceps and Black Truffle at the Four Seasons Hotel George V, Paris
One of the most sought-after menu items at three Michelin star restaurant Le Cinq, Chef Christian Le Squer’s luxurious take on a much-loved classic never fails to impress. Profiled on France’s Top Chef and online in French Vogue, a dedicated @fsgeorgevparis Instagram story achieved more than 12.5k views, while a post on @lecinqparis earned the most-liked photo of the year. Perfectly al dente noodles are tossed in butter and parmesan and carefully laid out side by side to form the walls of a rectangle. Inside, ham, truffles and cep mushrooms are glazed in jus and drizzled with truffled cream. Topped with a thin parmesan crust and adorned with gold leaf, this rich, savoury and tender architectural masterpiece is served throughout the year and is a “must-try before you die” for Parisians and international travellers alike.

Haute Chocolate at the Four Seasons Resort and Residences Vail
The Remedy Bar and Flame Restaurant, Four Seasons Resort and Residences VailRecently voted one of the world’s best hot chocolates by Travel + Leisure, a video of its epic marshmallow drop amassed the highest number of organic views on Four Seasons Instagram channel in 2018. At any given time, someone is eagerly taking a slow-motion capture of the suspenseful splash in Vail’s The Remedy Bar, Flame Restaurant or in the comfort of their guest room or private retreat. Piping hot Valrhona chocolate, heavy cream and steamed whole milk are churned tableside and poured over a hand-made dark chocolate lattice, resulting in a perfectly-timed marshmallow plummet and pillowy landing. First featured by Forbes more than seven years ago, it remains one of the most popular items on the menu at Four Seasons Resort and Residences Vail, a must-visit après ski destination. 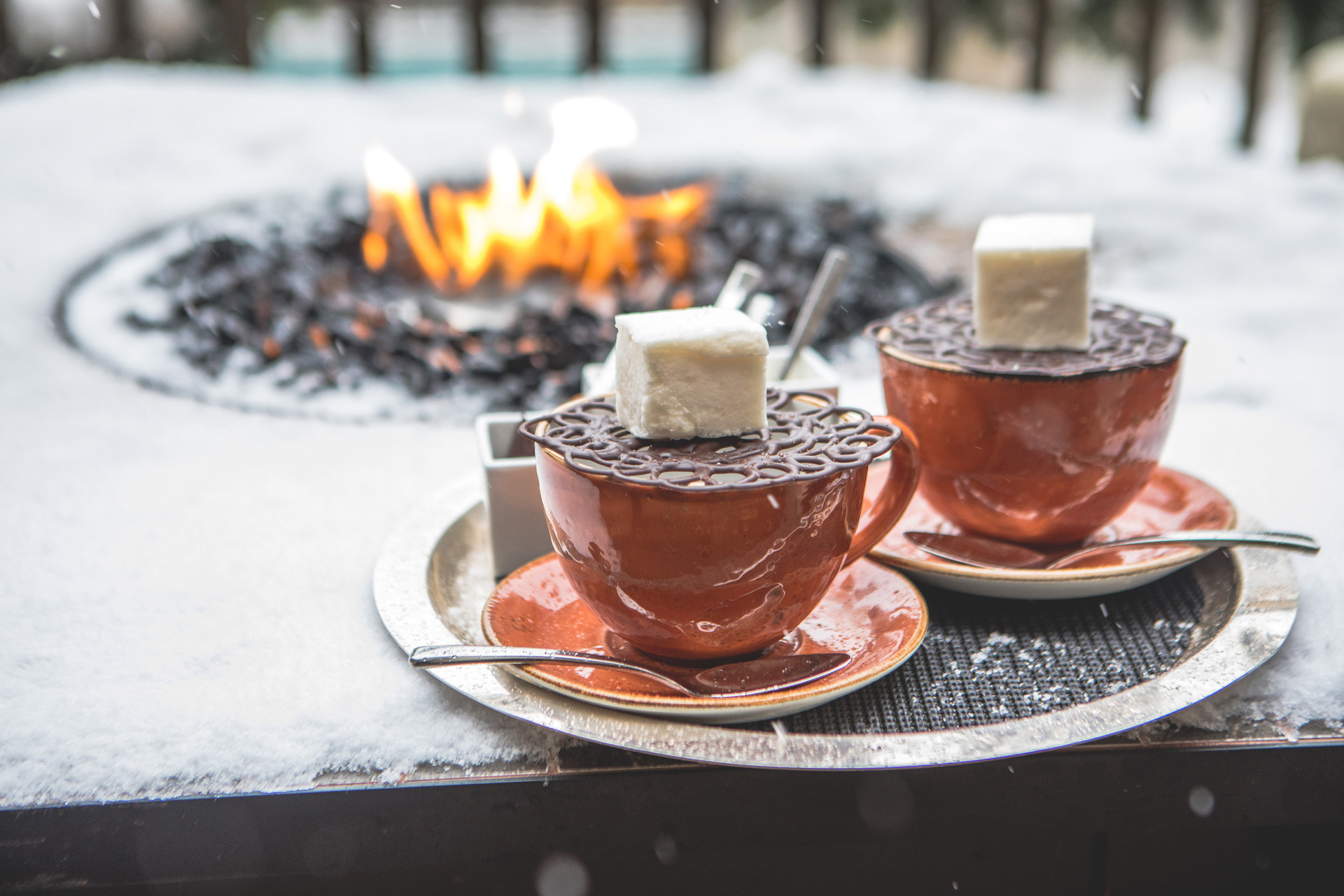 Billy the Kid at the Four Seasons Hotel Mexico City
Recognised as one of the world’s best bars, Fifty Mils is a bustling local hotspot, with urbanites and travellers indulging in its eclectic menu of Mexican-inspired creations, reinvented classics and barrel-aged cocktails. The most popular item, Billy The Kid, evokes the Wild West in the heart of Mexico City, named after the infamous American outlaw. It features a blend of butter-fat washed Bulleit bourbon, Żubrówka vodka, caramel tea, freshly squeezed lemon juice, homemade cinnamon and saffron syrup, Angostura Bitters and salt.  As a final step, a blowtorch is used to heat the barrel and release smoky aromas that blend with classic flavours for a surprisingly balanced and refreshing sip. 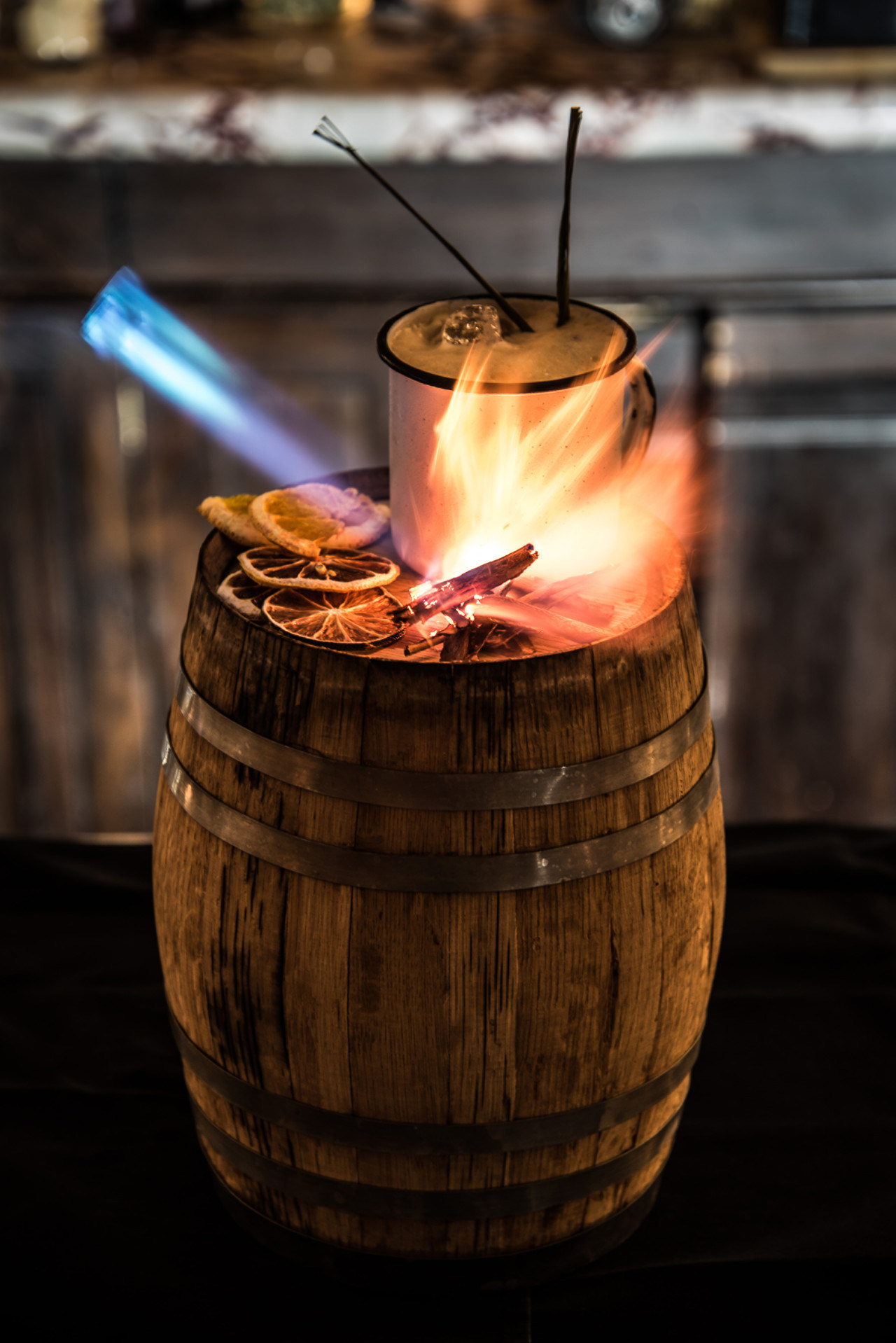 Smoked S’mores at the Four Seasons Hotel Washington, DC
The perfect end to an award-winning dinner at DC culinary institution BOURBON STEAK is this sophisticated riff on a nostalgic childhood favourite. Receiving critical acclaim from Bon Appetit and The Washington Post among other local and national media outlets, this head-turning confection features chocolate praline mousse, toasted marshmallow ice cream, hazelnut streusel and homemade marshmallow, all smoked under a cloche with the smouldering ember of a wood-burning grill. Dessert lovers will want to get their cameras ready as a cloche is delicately lifted tableside, revealing this exquisitely crafted version of the classic sweet treat.

Barbecue Pork Buns at the Four Seasons Hotel Hong Kong
When Chef Tak’s famous Barbeque Pork Buns left the hallowed halls of Lung King Heen to make an appearance at Four Seasons Pop Down earlier this year, hundreds lined up for a taste. Staying true to the magic of simplicity, Chef Tak’s signature twist is the addition of pine nuts for an added layer of texture and complexity. Holding its three Michelin stars for 11 consecutive years, reservations are a must for Lung King Heen, or for any of the other award-winning restaurants at Four Seasons Hotel Hong Kong, which made history when it brought home an unprecedented eight Michelin stars earlier this year, setting the record for the most stars in one hotel, anywhere in the world. 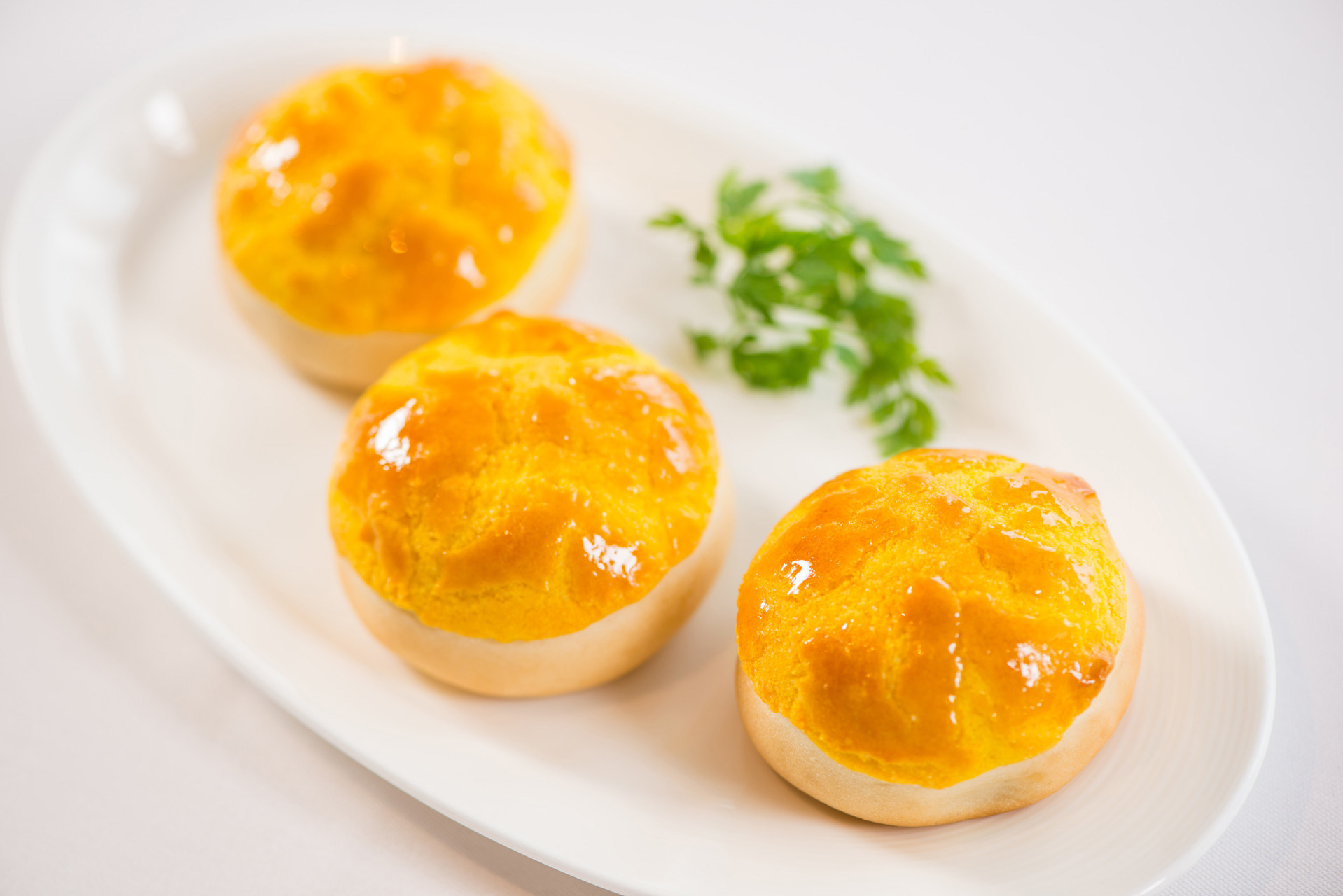 Inspired by artist Frida Kahlo, this original craft cocktail is only available at Charles H., voted best bar in Korea and named for the legendary bon vivant and writer Charles H. Baker Jr. Light and refreshing, aromatic notes of bianco tequila, bergamot and lavender evoke the artist’s signature scent with a flower garland garnish inspired by the colourful flower crown she often wore. On a lively evening, those enjoying a drink may even find head bartender Keith Motsi dancing on the bar, bringing a smile to patrons’ faces.

Shanghainese Braised Pork at the Four Seasons Hotel Hangzhou at West Lake
A Shanghainese version of the classic dish, Jin Sha’s famous pork is braised with abalone in sweet soy sauce and yellow wine. Celebrity chef Wang Yong, GQ China’s Chef of the Year, adds sugar to enhance flavour, while wine breaks down the fat for flavoursome, succulent, “melt in your mouth” texture. Delicate pork belly cubes are served atop a sauce-painted plate, and are so tender they can be broken apart solely with chopsticks. Known as a bucket list destination, Jin Sha is the only restaurant in Hangzhou to be awarded four stars by Forbes as well as Black Pearl’s Three Diamond status, China’s most prestigious dining accolade.