I can quite honestly say, hand on heart, that I’ve never visited a place like Venice before. I’ve had the good fortune of travelling to a few of Italy’s most famous cities but Venice will forever be at the top of my list, simply because of its utter uniqueness, it’s incredible history and its picture-perfect views. This city really does live up to all of its expectations – ideal for that romantic break or honeymoon, family vacation or sightseeing trip.

My partner Lewis recently surprised me with our first holiday to the “Sinking City” of Venice for my birthday (Hello, top boyfriend) and it’ll forever be one of my favourite memories and one of my favourite vacations. The city had long been on the top of my bucket list as I’d grown up gazing at a picture-perfect photo of my parents in St Mark’s Square (Piazzo San Marco) in our house for as long as I can remember. Sadly, it was the only picture they managed to bring home from their trip back in the 80s, well before my sister and I were born, as their camera was stolen. Maybe that’s what makes the picture even more special because there’s only one.

Anyway, enough rambling! Basically, the city has been a dream for me to visit and I couldn’t wait to explore it and set the scene for all the stories my parents had told me from their trip so many years ago. It definitely didn’t disappoint. Here are my top things to do in Venice! 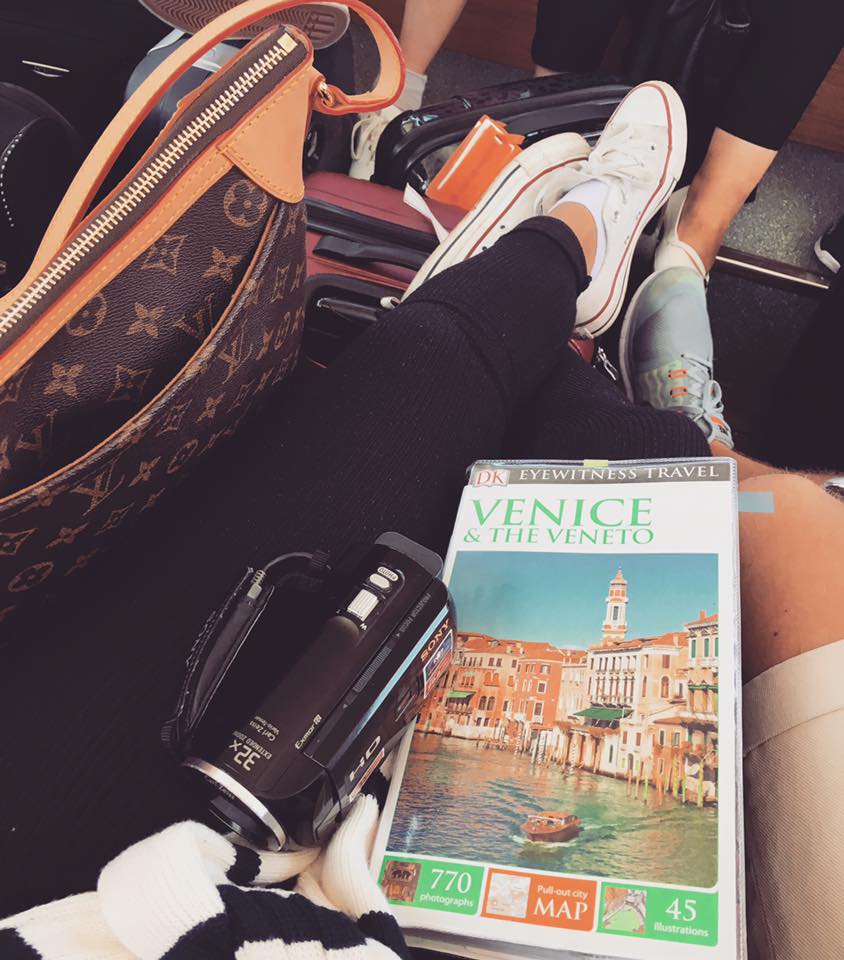 This glorious square is home to three of Venice’s major sites, perfect for those visiting Venice with a short amount of time: the Basilica di San Marco, a Byzantine marvel, the Torre dell’Orologio, and the Doge’s Palace – a Gothic palace that was also the seat of the government under the Venetian Republic.

The piazza itself is majestic, and those visiting in the autumn or winter months might even see it flooded, with wooden platforms set up to enable people to move around and the locals wading through the water in thigh-high rain boots.

There are also numerous cafés and restaurants dotted around the edge, making it a great place to relax and take in the local culture, but be careful of the prices charged in the cafes, as often some of the eateries will charge obscene service fees, which aren’t mentioned on menus or before being seated! 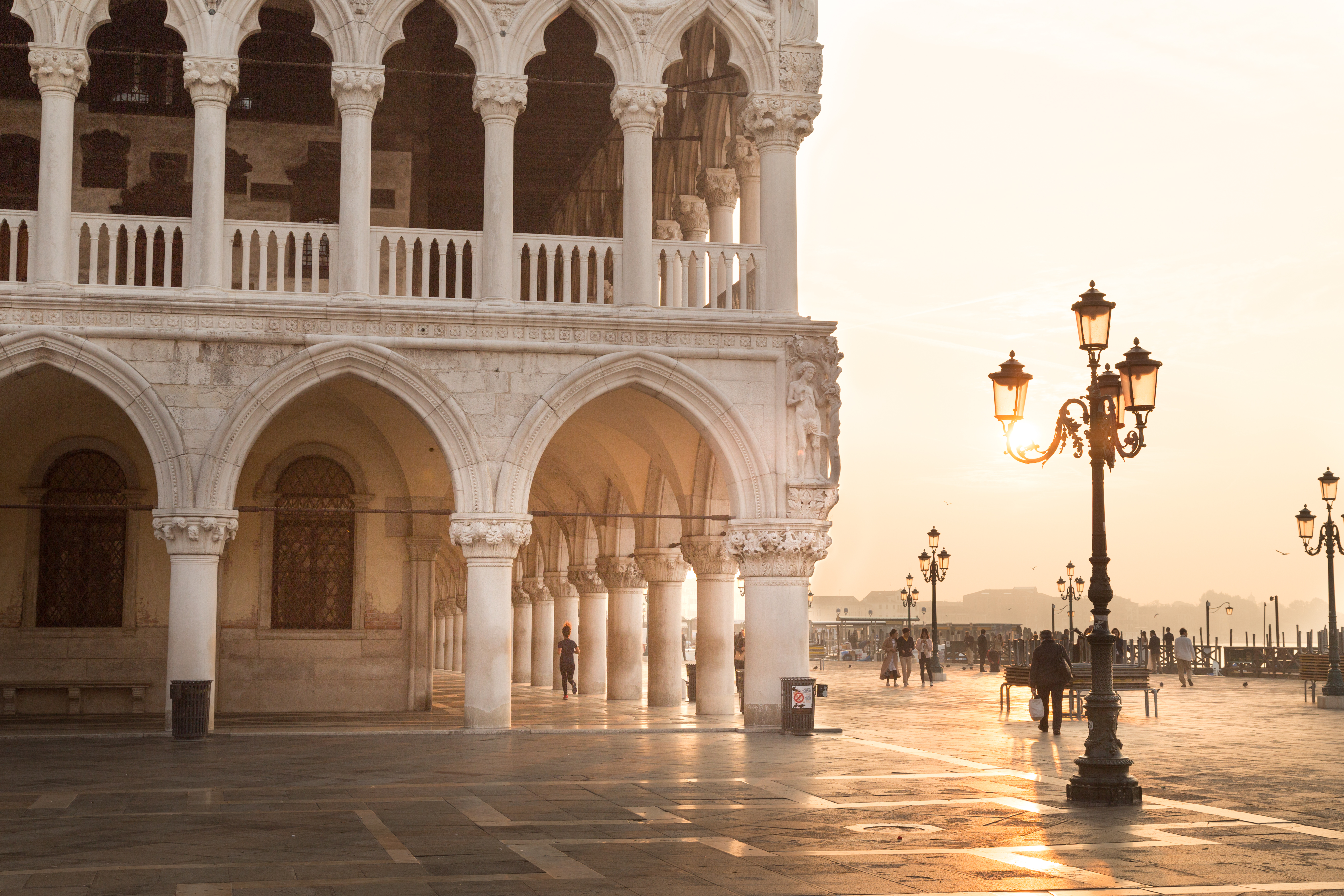 Steeped in history dating back to the 14th century, the Doge’s Palace is now one of the largest masterpieces of Gothic architecture with hundreds of thousands of people travelling from around the globe to see the outside and the inside of the palace.

Nowadays the palace is a historical museum where visitors can enjoy a wide range of artefacts from the time. Back then, the Doge of Venice was one of the most senior elected officials of Venice and was appointed for life during the time that he would live inside the palace. 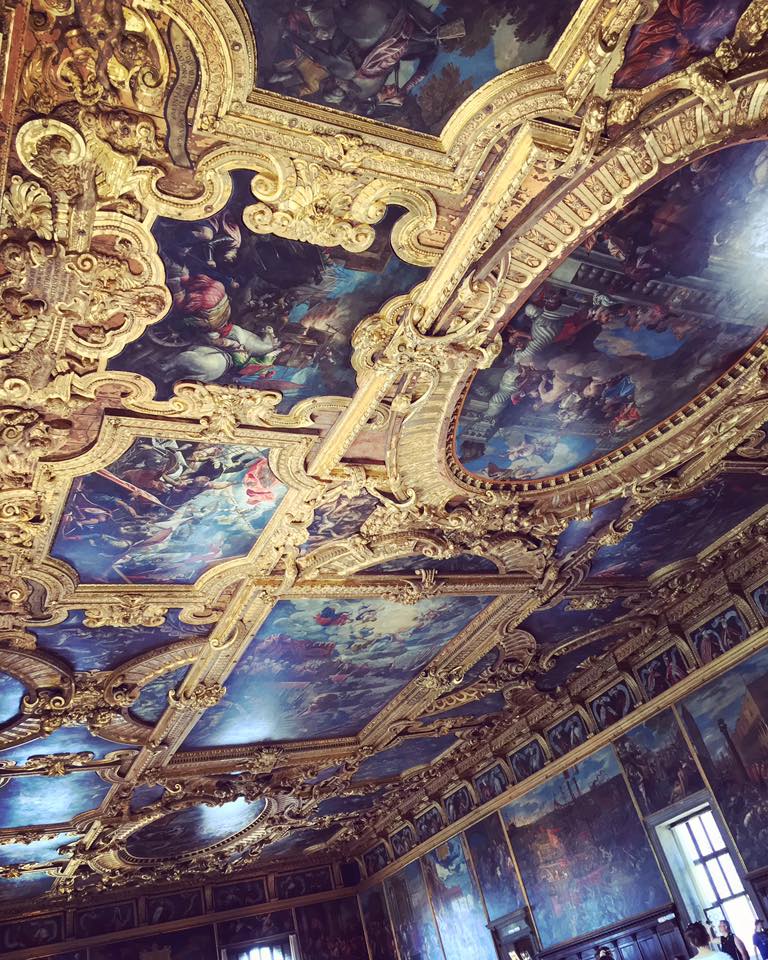 Many of the apartments have been recreated and are now open to visitors, as well as the prison, which is connected to the palace by the famous Bridge of Sighs.

The palace is open year round but pre-booking online is recommended to avoid the huge queues and if you’re really interested in the history and architecture then I would recommend joining a local tour like we did!

To the north of Venice is a dazzling, rainbow-coloured fisherman town called Burano. Distinct in culture and character this magnificent hub is a popular short day trip for those visiting Venice.

One of the most striking things about this little town is its brightly coloured buildings which were once, in fact, a deliberate feature in the town’s development plan as the fishermen who first lived here would paint their houses vibrant shades for two reasons: 1) in order to distinguish their property from their neighbours and 2) to be able to see their homes from off-shore. 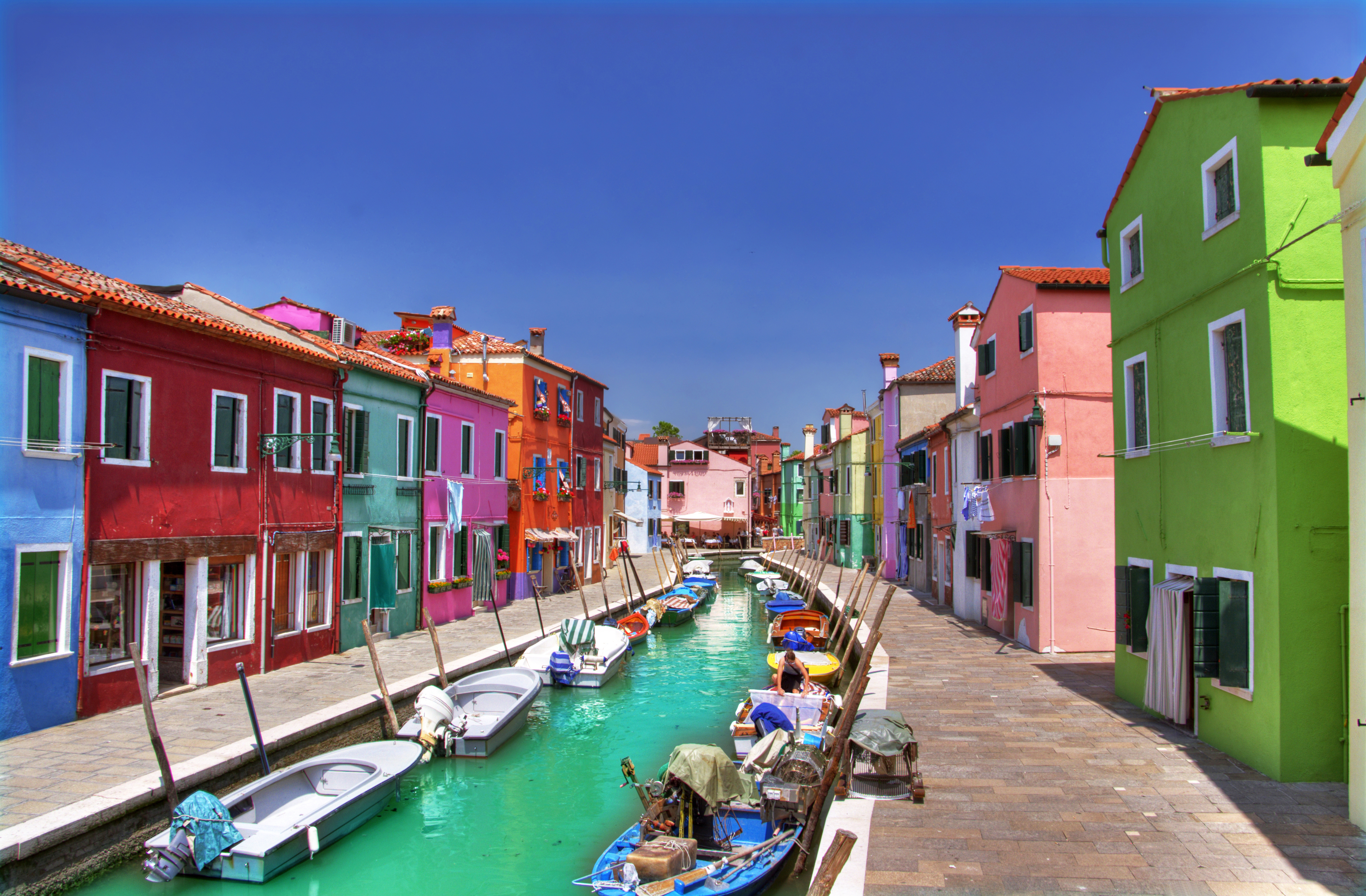 The small town has a wonderful and very distinct community which is undeniably Italian and now mostly inhabited by farmers and fisherman, who bring their fresh catch to the shores daily. When visiting Burano, you must eat some seafood, with the speciality being “risotto de go” – risotto made with fish particular to the Venetian lagoon.

Aside from the colourful architecture, Burano also has a picturesque Piazza filled with restaurants and shops, making for the perfect place to unwind and relax after a busy day of wandering and sightseeing. Burano also has several museums, a water well dating back to 1588 and its very own leaning tower! 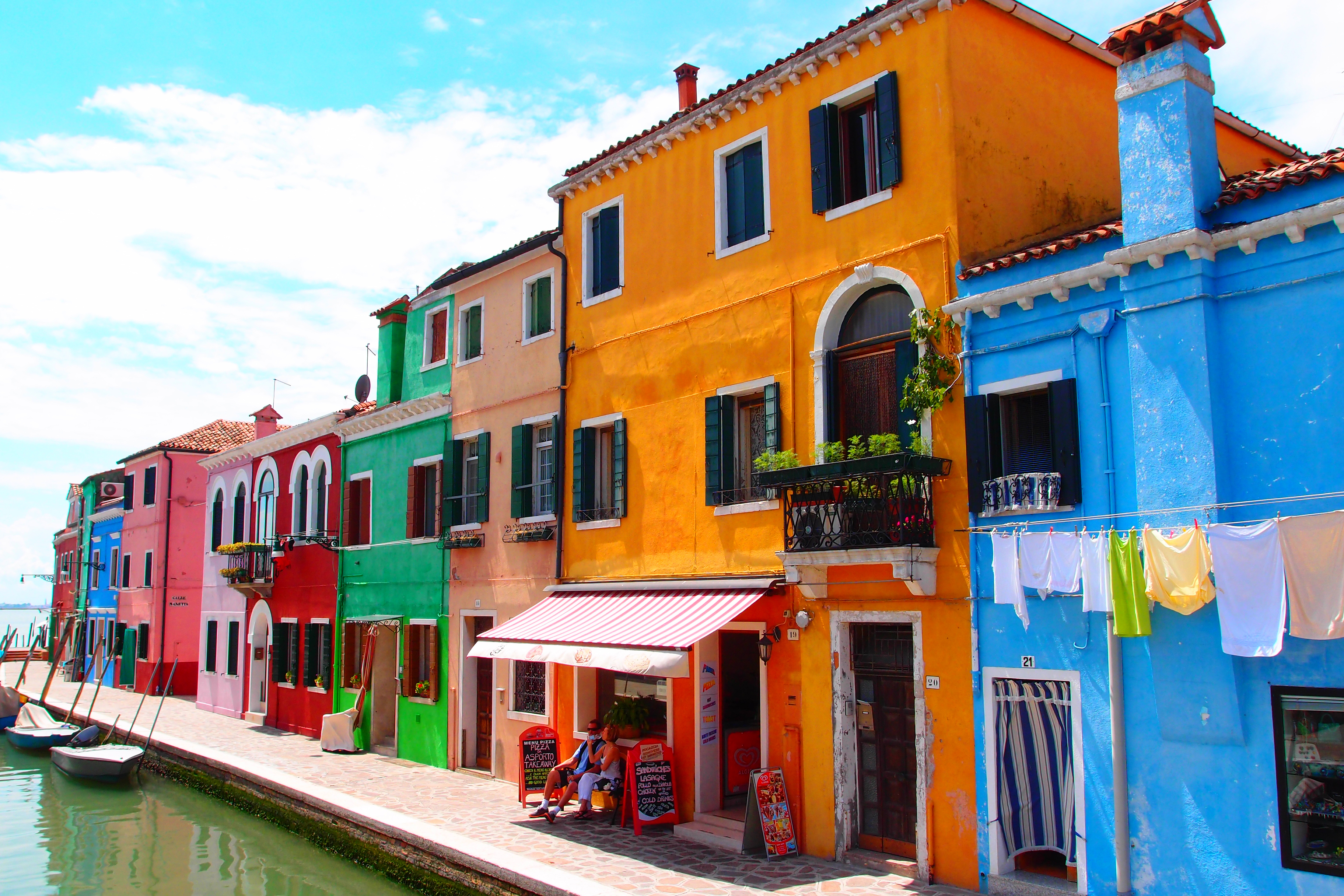 To get to Burano from Venice you can take the scenic Vaporetto (water bus). A ticket costs €7,50 for a single ride or €20 if you want to use it for 24 hours. From San Marco Square, it’s easiest to walk to Fondamente Nove and take boat 12 in the direction of Murano and Burano.

This charming canal has long been admired and featured in many blockbuster films and looks every inch as beautiful in real life as it does in the movies!

The Canale Grande is the main waterway of Venice and is slightly more than 2 miles (3km) long and connects at various points with a maze of smaller canals.

These waterways carry the bulk of Venetian transportation, as automobiles are banned throughout most of the city and traditional poled gondolas are definitely the favourite mode of transport among tourists. However, they are now vastly outnumbered by water buses and private water taxies. 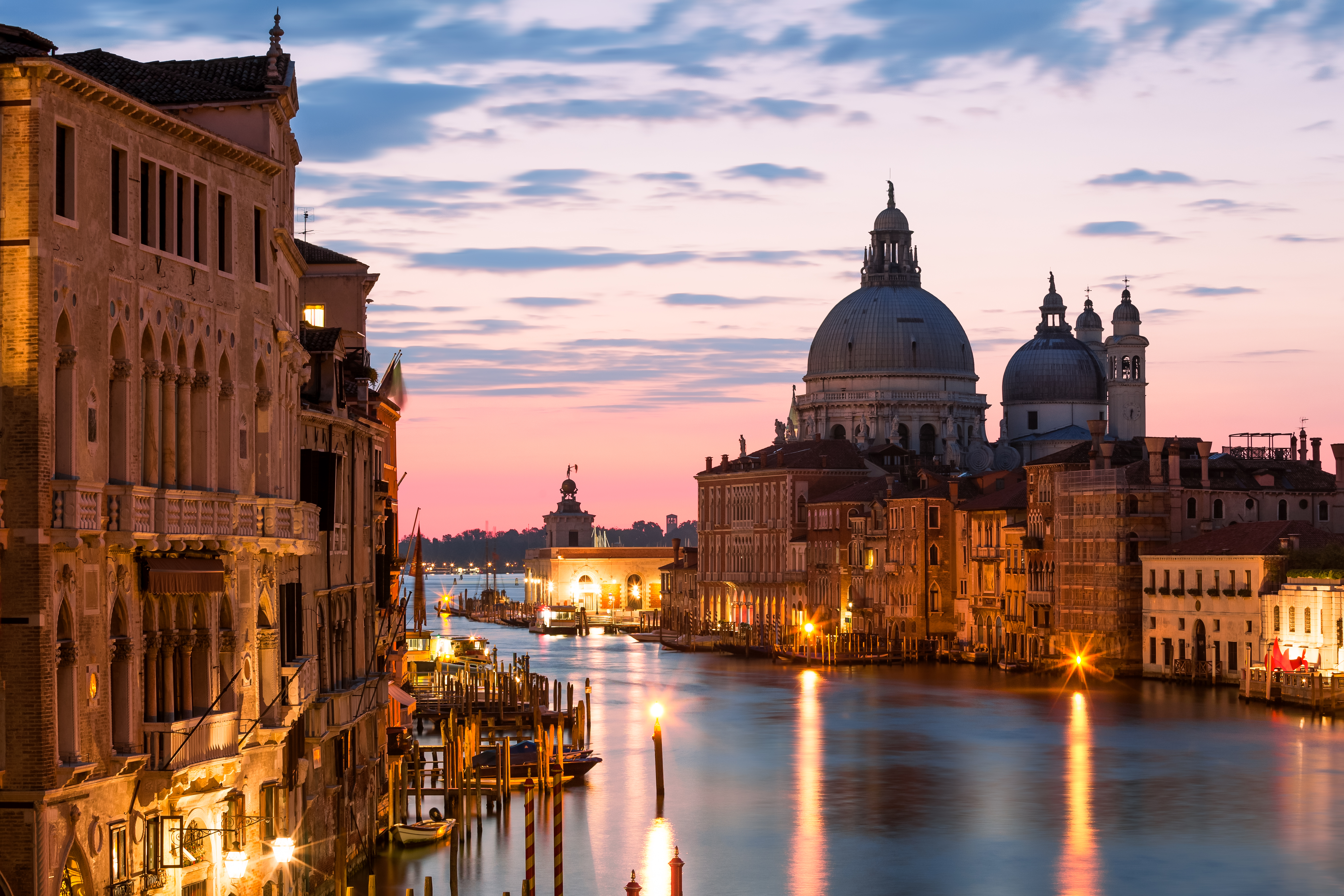 In my opinion, private water taxis are the way to go, perhaps the pricier option, but the most scenic routes are down in the small canals, where you can slow down for photo-ops—some boats also serve on-board champagne.

This indulgence is pricier than public transport, but it’s a great idea if you’re travelling in a group and it’s often cheaper than gondolas, too. 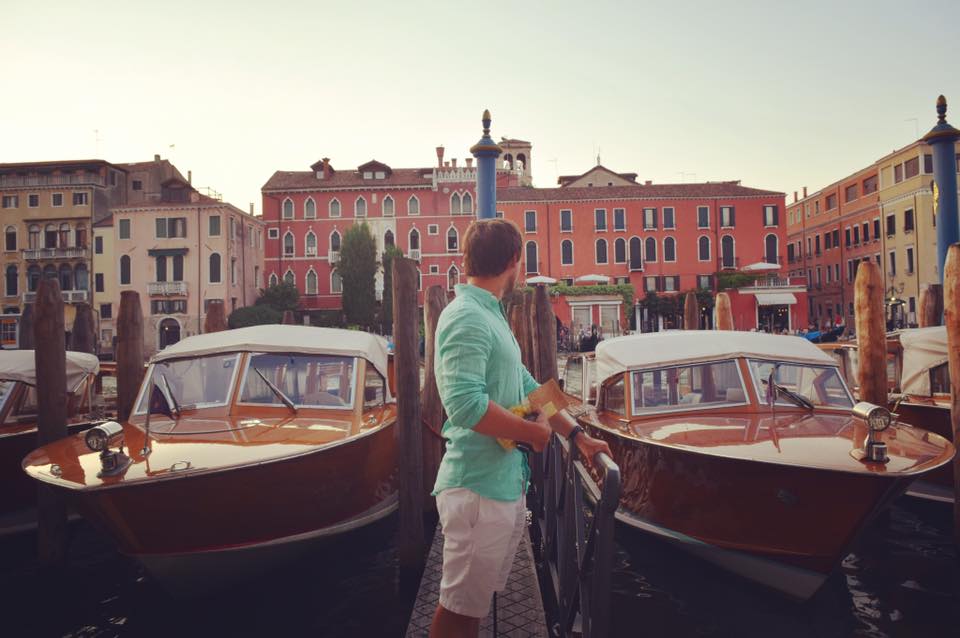 Venice was built to be seen from the water. You’ll find that palaces that are unassuming from the street have marvellous marble facades canal side. The gondola, being a smaller and thinner boat is made to be able to pass through all the little alleyways and low bridges that are most charming. To avoid the crowds, go very early in the morning before the tourists wake up and start their day. The city will be almost silent and it’ll be a magical experience you’ll never forget. 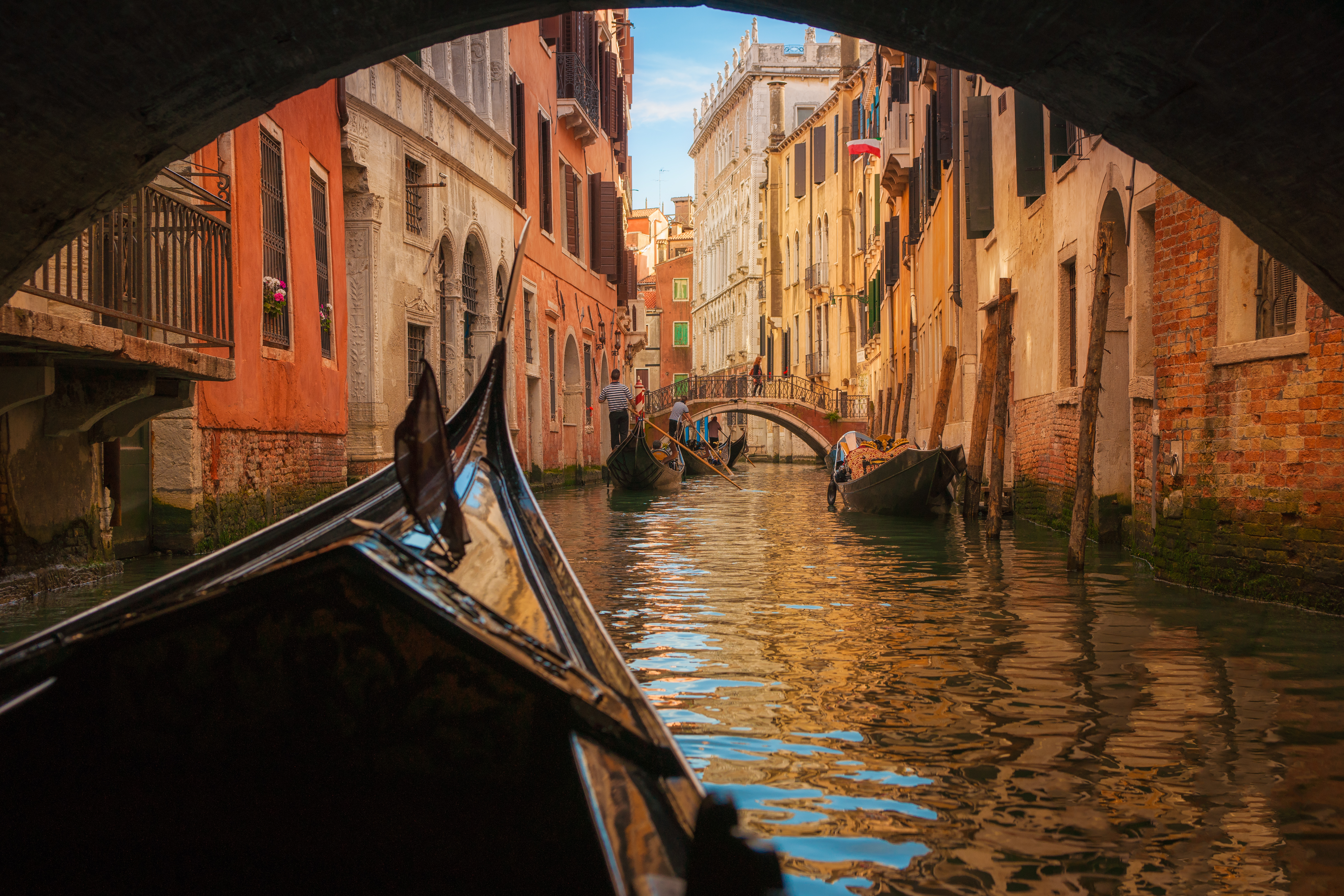 Pricey it may be, but a gondola ride is part of the Venice ritual. Choose a gondola you like the look of at one of the stands around the city, pay only the going rate and remember that you’re not obliged to go on the gondolier’s standard circuit – you can choose your route. Bacino Orseolo is a popular starting point.

Ok, onto the good stuff – food. Venice definitely isn’t all about canals and gondola rides, remember you’re in Italy, think about the FOOD!

Italy is world famous for its pizza, pasta and gelato and Venice really is home to some of the best, but it’s also so much more than just its stereotypes. Eating out in Venice is an experience, the tiny little hole in the wall eateries serving the most delicious antipasti, restaurants looking onto canals, it doesn’t get much more romantic than this. 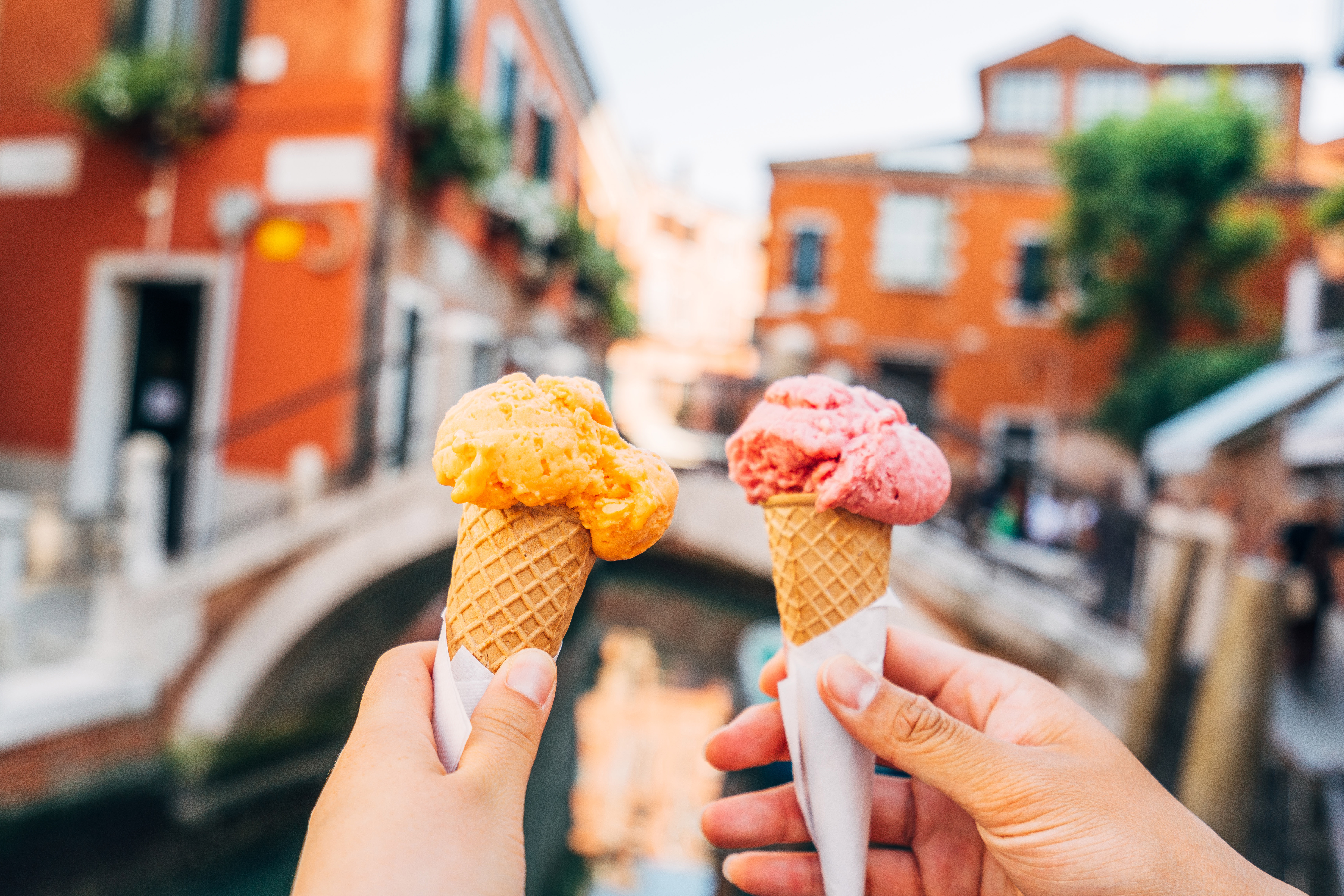 In Venice, you will find a lot of seafood and lagoon fish on offer. Polenta is a regional speciality and very often served with fish or meat. Characteristic dishes also include marinated sweet and sour sardines (sarde in saor), baby artichokes, cuttlefish in its ink and thin-slice beef carpaccio. 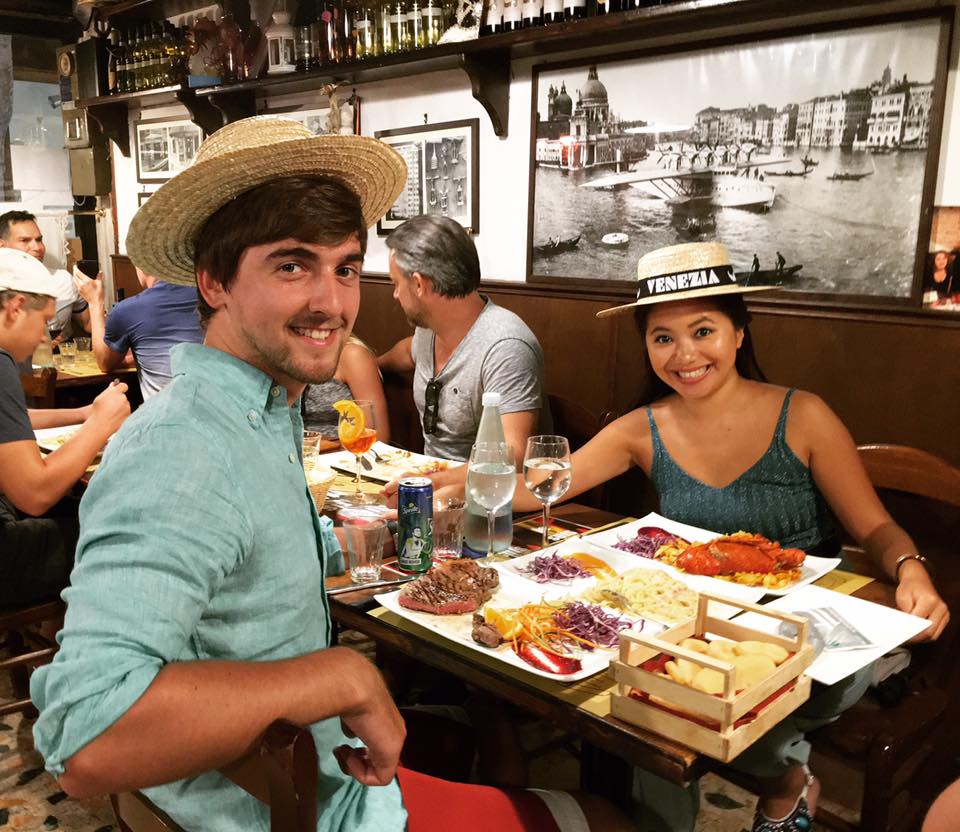 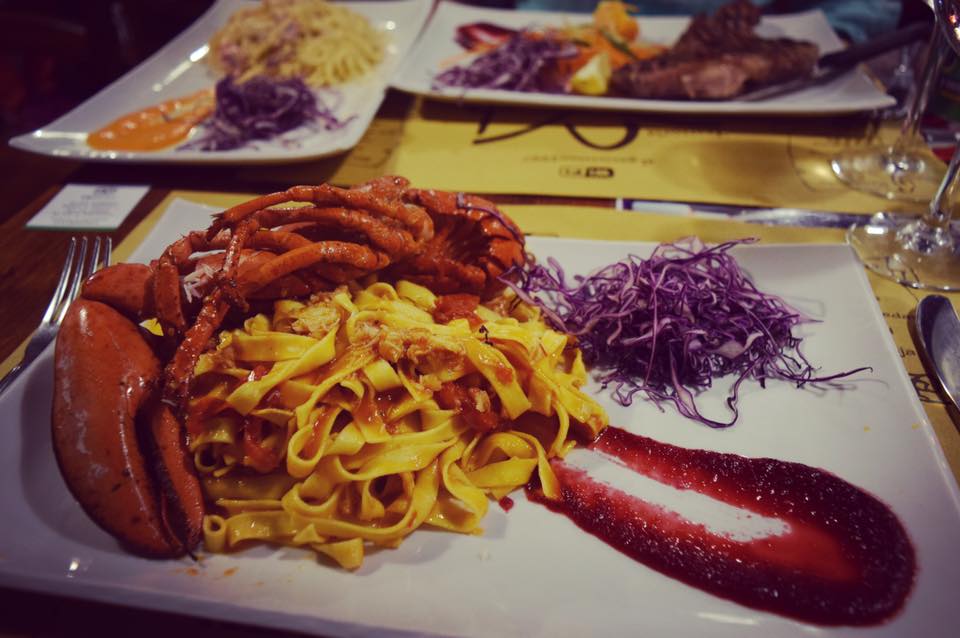 Tips for eating out in Venice

Don’t be ripped off! Try to avoid anywhere with a “tourist menu” i.e. menus with pictures of food on them. Try to spot restaurants where locals or at least other Italians are dining and try to do a bit of homework before you arrive! 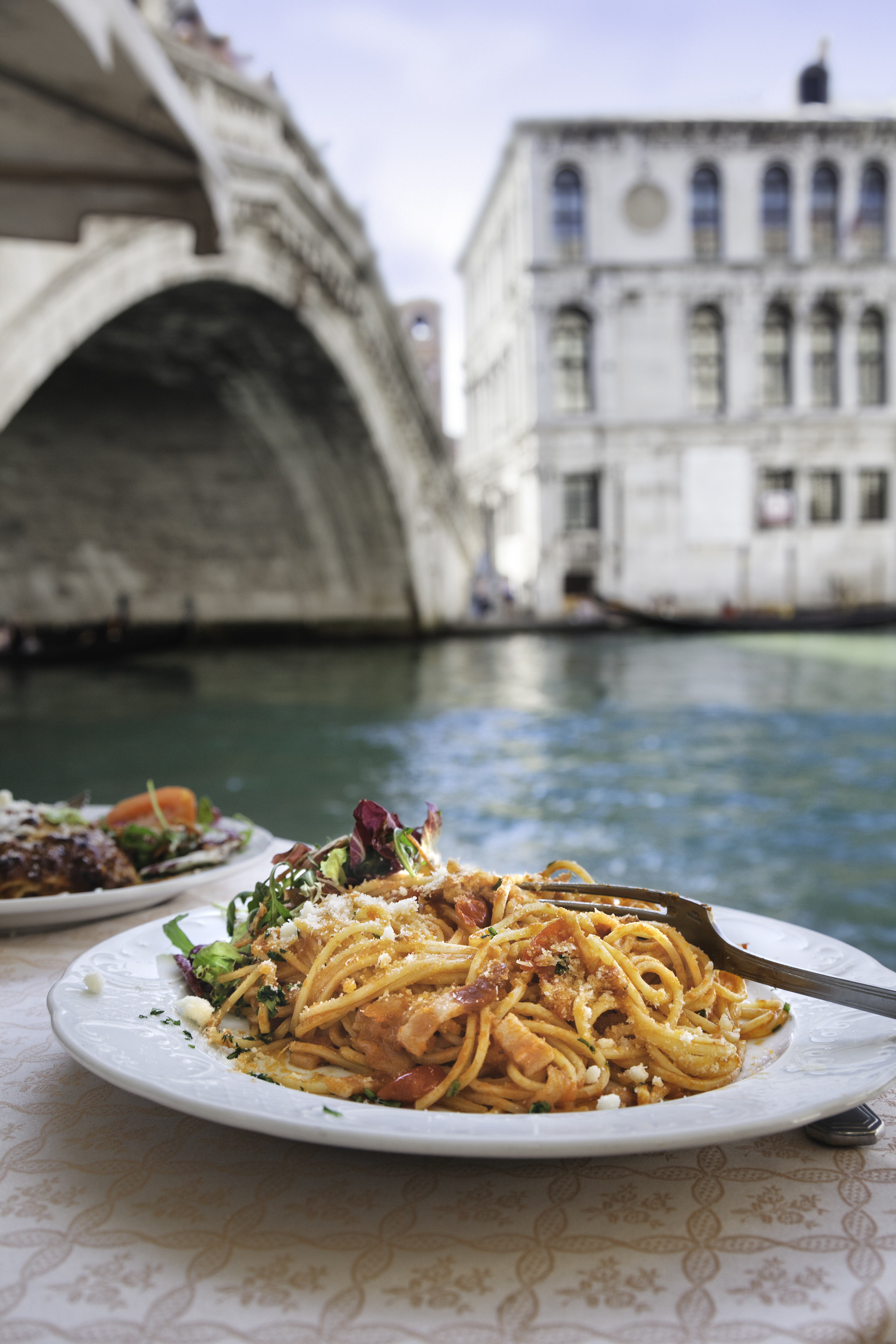 Get Lost in Venice

In my opinion, there is really is nothing like getting lost in this city. There’s just something so special about wandering aimlessly through its magical and picturesque streets and alleys. Especially if you only have a few hours in the city.

Allowing yourself to walk around carefree, no Google maps (or actual maps) means that you find yourself stumbling across some of the city’s unknown and non-touristy areas – blissful, right? During our trip, we made the point of just taking a random left or right turn here or there and we were always pleasantly surprised.

By spending some time to wander around you can find Venice’s many charming and often-empty squares and streets, which truly do go a long way toward helping you appreciate the city in all of its glory. 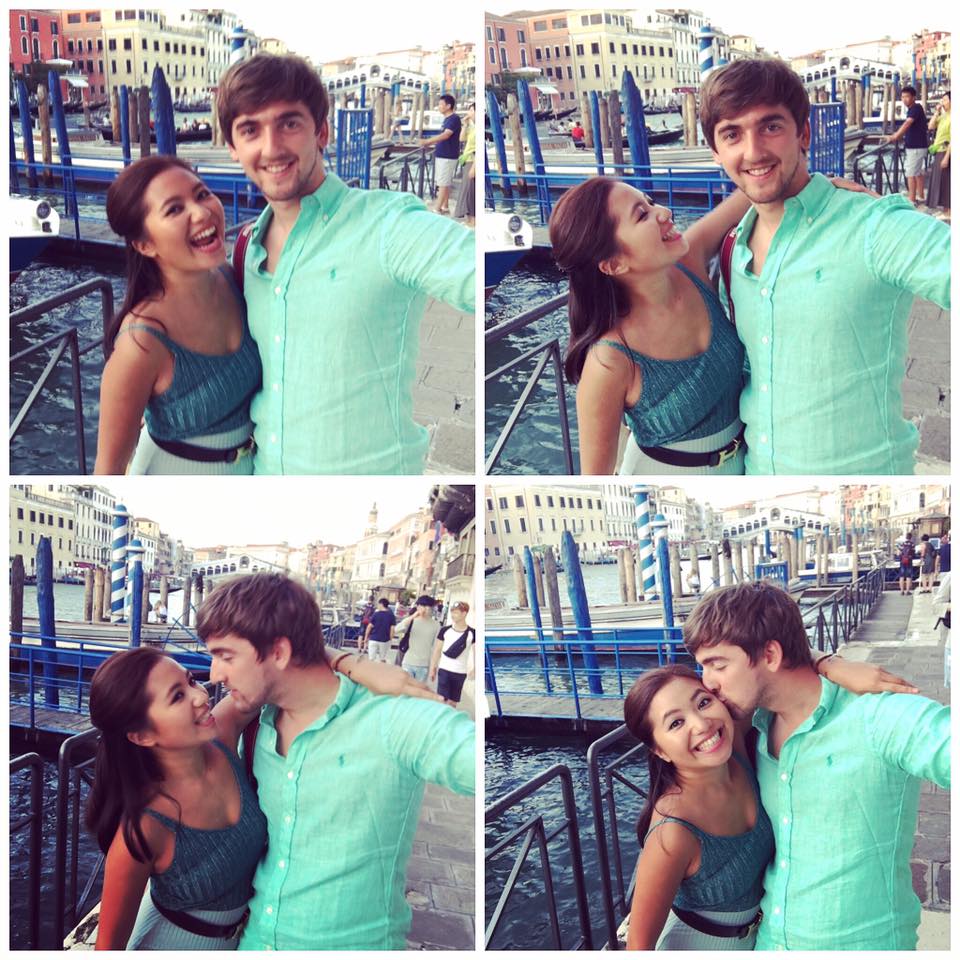