A trip to the Caribbean has long been a well-loved destination among families, water sports enthusiasts and honeymooning couples looking for that picturesque white sandy beach and turquoise water but the options span so much further than just the usual favourites such as Jamaica and Barbados.

Times have changed and with so many direct flights from the UK, there’s now a huge variety of different experiences on offer for those looking to book a holiday in the Caribbean. Read on to find out my top underrated Caribbean islands.

The little island of Anguilla condenses the Caribbean down to what many holidaymakers heading to this part of the world are looking for: relaxation on some of the most beautiful beaches on Earth, palm trees dotted everywhere with an extra measure of luxury pampering for those looking for some indulgence.

This island is exactly the sort of destination where locals don’t bat an eyelid at the latest famous face to drop in for a few days. 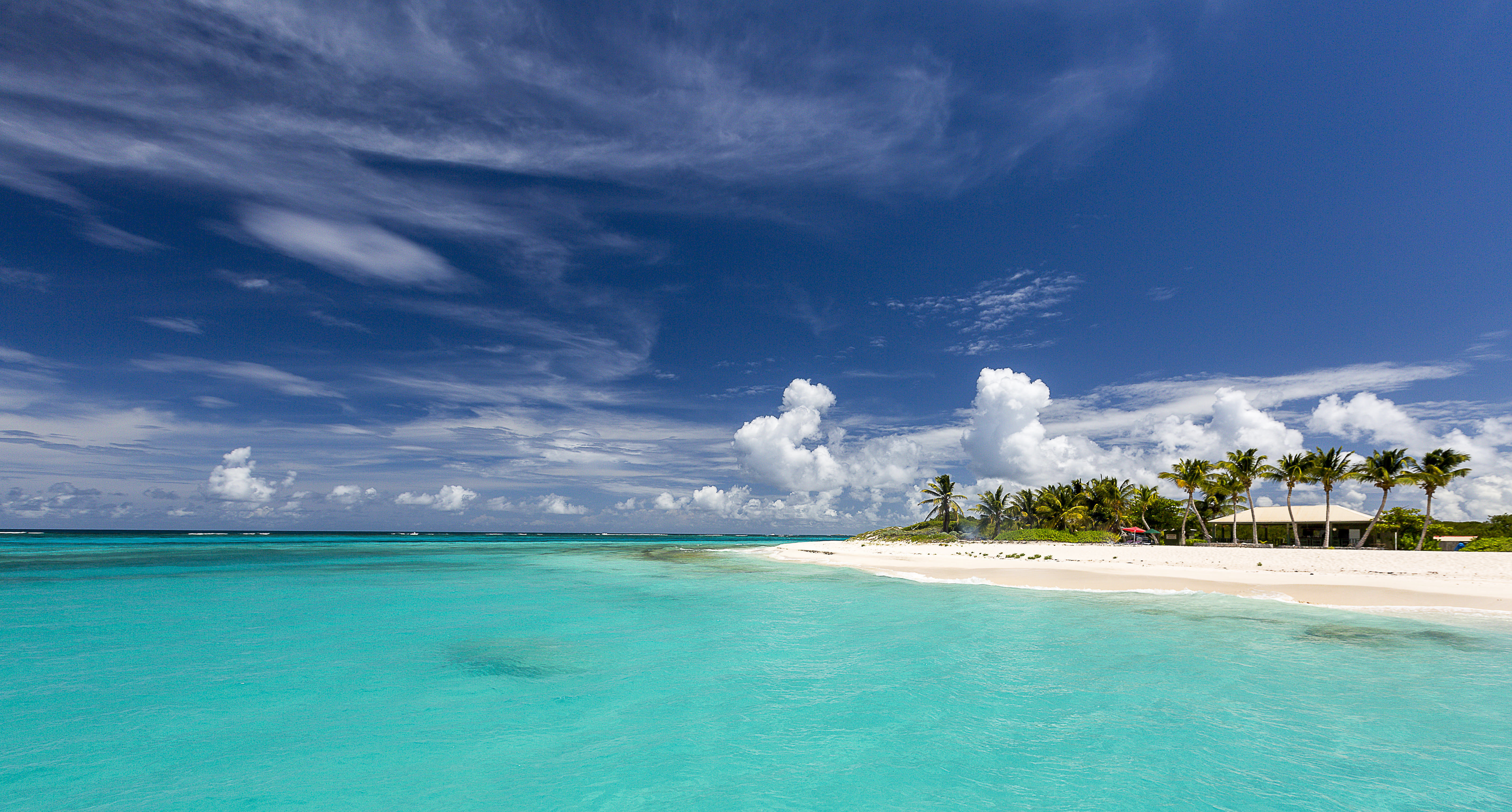 Generally overlooked by British tourists, the island puts a French twist on the Caribbean and is just big enough to have that perfect combination of beaches, mountains and adventure. For those outdoorsy thrill-seekers, a hike through the rainforest to the rim of La Soufrière volcano is an absolute must do. 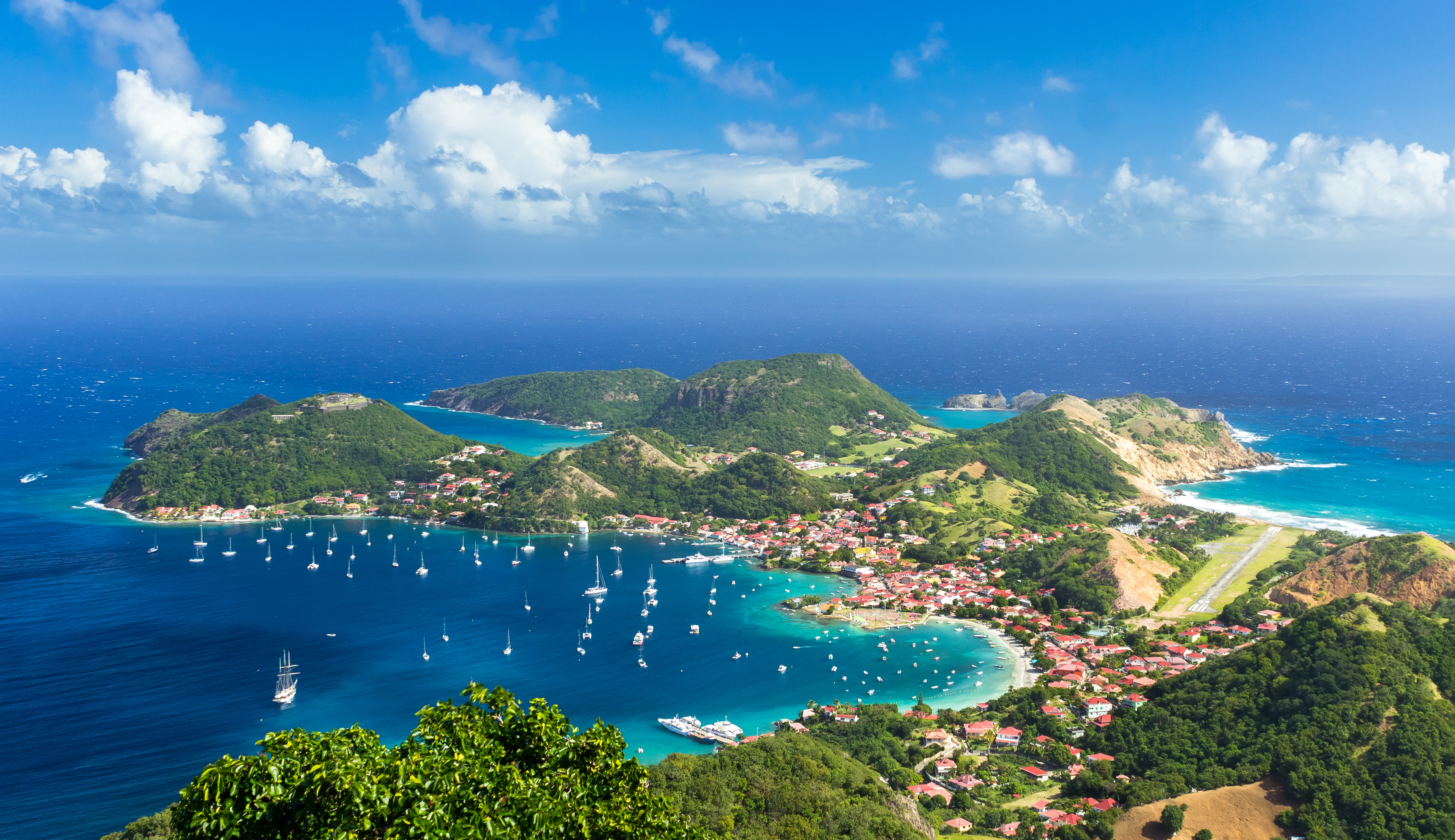 You’ll find some of the most picturesque beaches here, but it’s the variety of things to do for all ages and backgrounds on offer that makes it so appealing. Rincón on the west coast is one of the world’s greatest surf spots, while the Bioluminescent Bay in the northeast twinkles as you kayak through it, and the Arecibo Observatory is home to the world’s largest radio telescope. 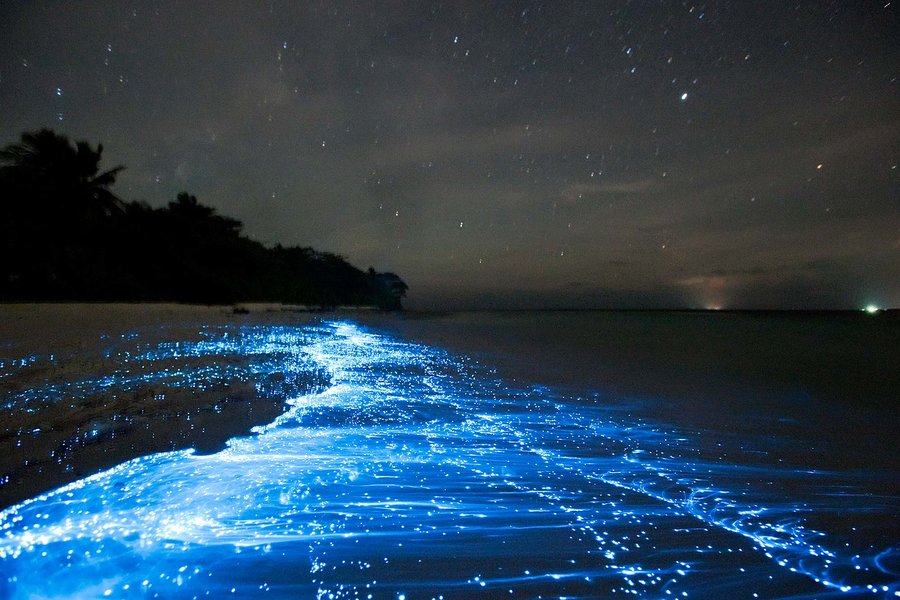 Old San Juan also has to be an absolute highlight – surrounded by magnificent castles and forts, full of cocktail bars and the perfect destination for those that love a colourful Instagram shot, Puerto Rico’s capital is a must visit. 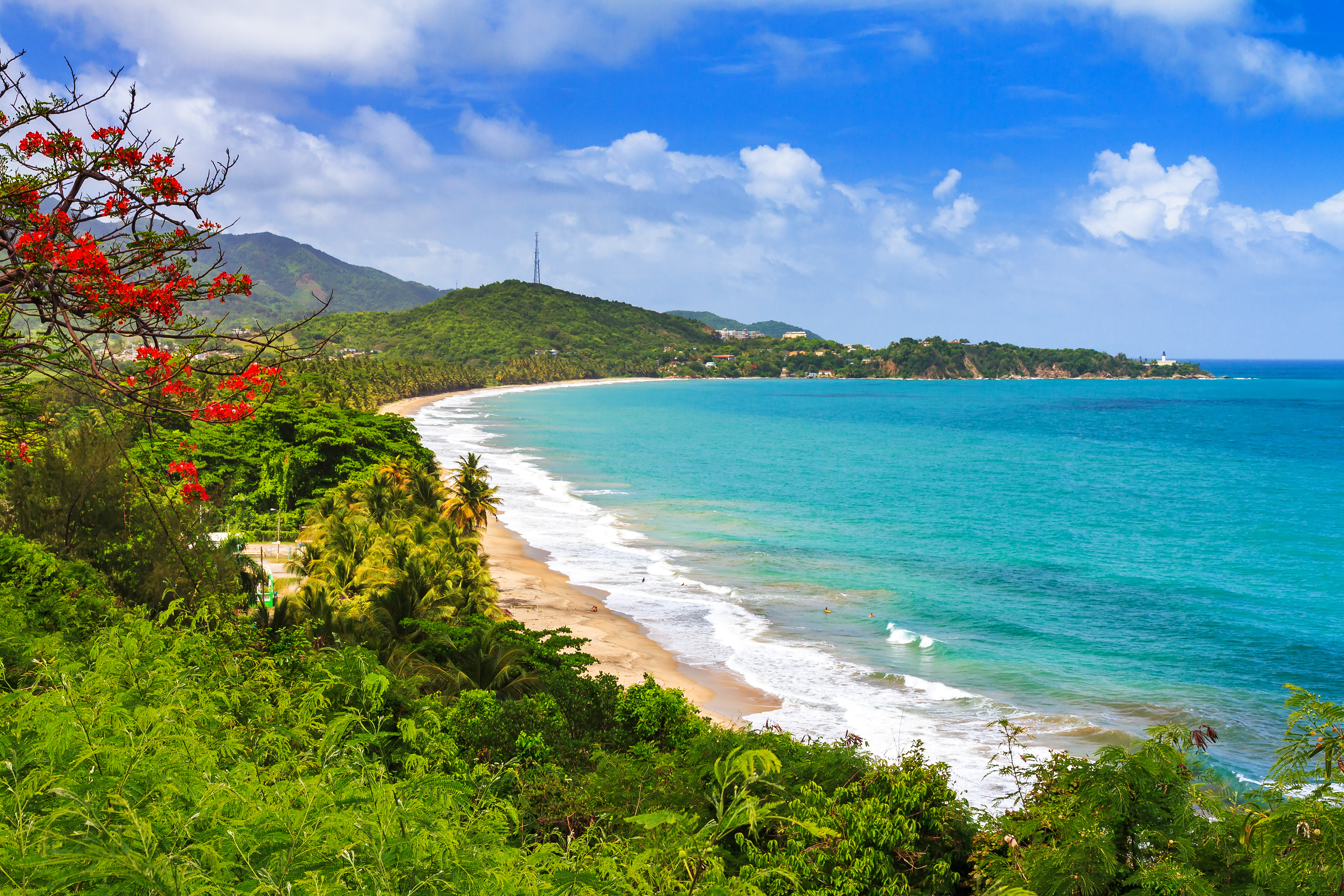 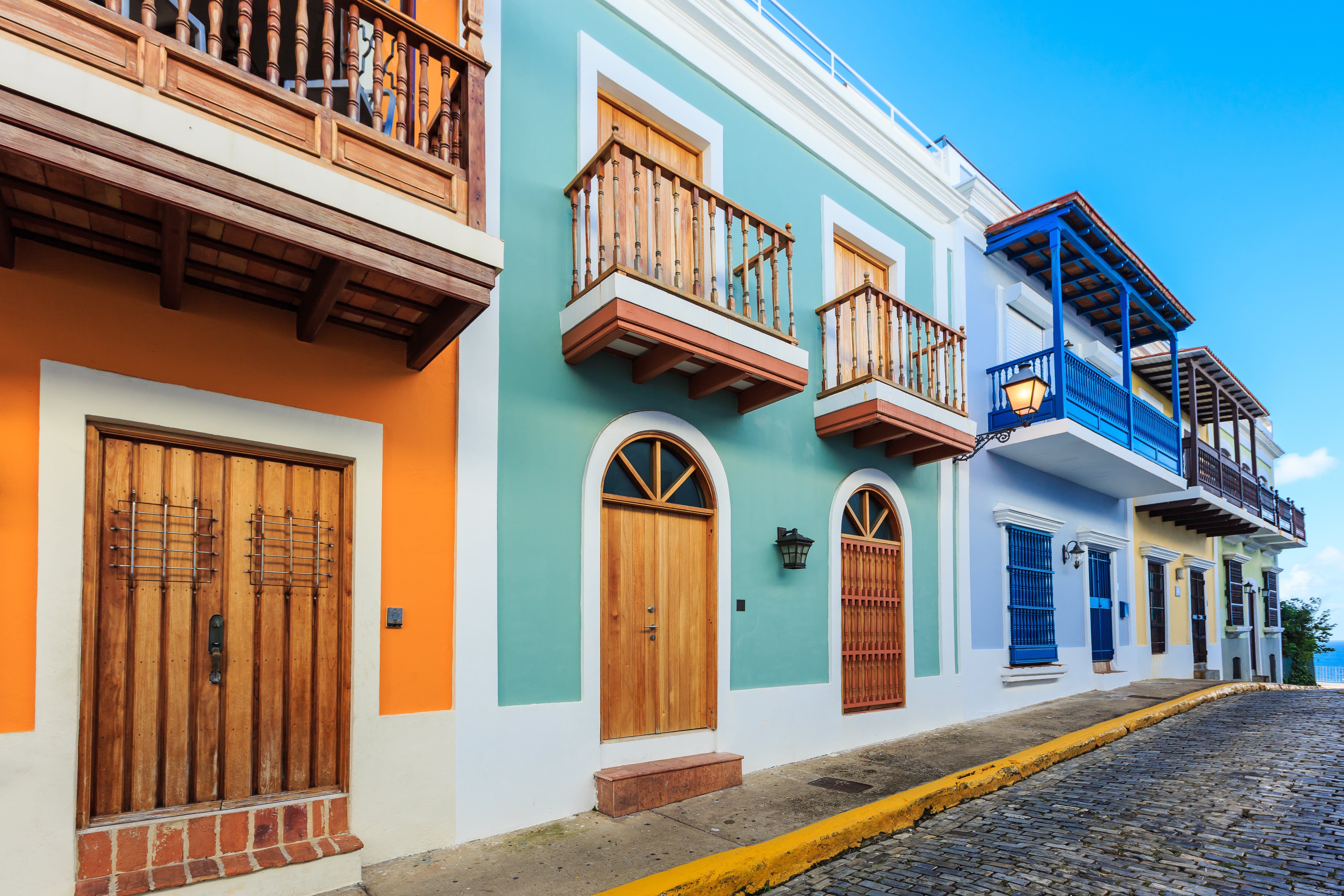 If you’re looking for big white-sandy beaches, then you’re in the wrong place. But if it’s adventures you’re after, then head straight to Dominica where you’ll be able to snorkel amid volcanic bubbles rising from seafloor vents at Champagne Beach Reef or find adventure inland, where several hikes – including a tough six-hour round-trip to the huge Boiling Lake can be enjoyed. 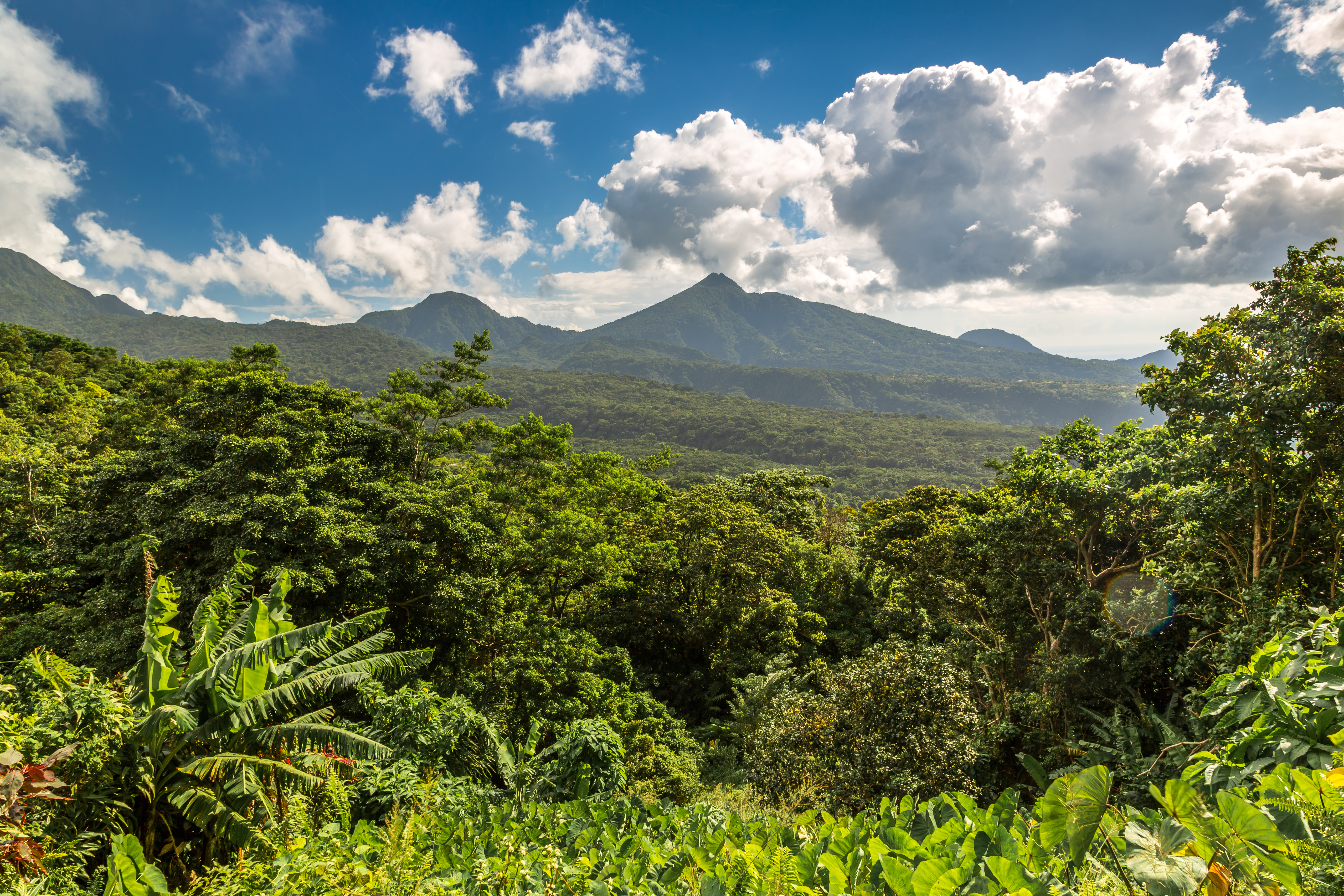 Dominica also has a sizeable population of indigenous Kalinago people, and the pre-Columbian culture can be explored at recreated traditional village Kalinago Barana Aute.

The Caribbean’s first independent nation has often been its most troubled – but it’s arguably the most culturally charming island. Spectacular Caribbean beaches are no shortage in Haiti – Ile-à-Vache in the south is an idyllic white-sand beauty, while in the north, around Cap Haitien, the atmospheric World Heritage-listed Citadelle Laferrière mountain fortress and various rum distilleries can be found. 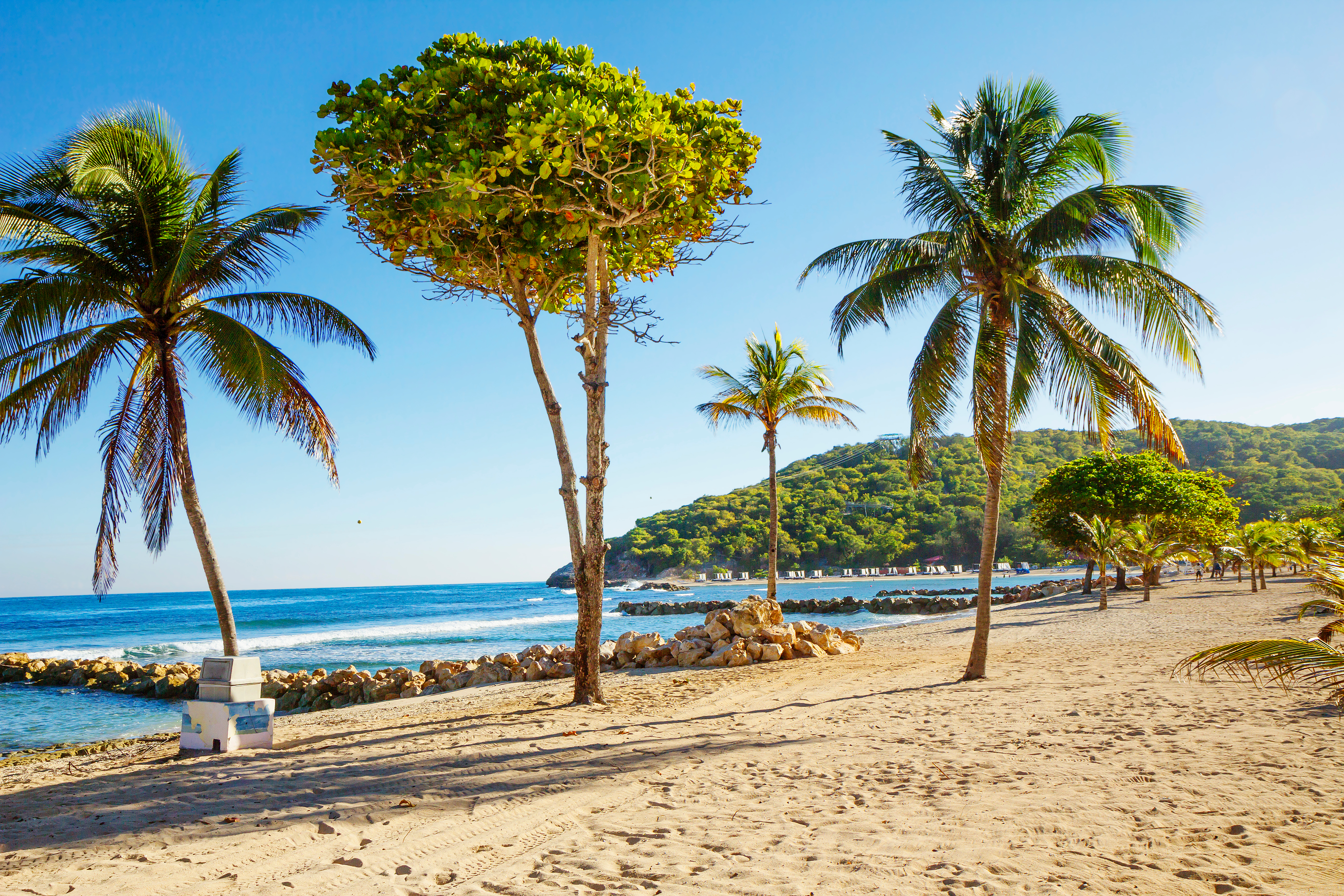 Bassin Bleu offers pools and waterfalls, while nearby Jacmel is home to a big arts community, where papier mâché and carving workshops can be visited. 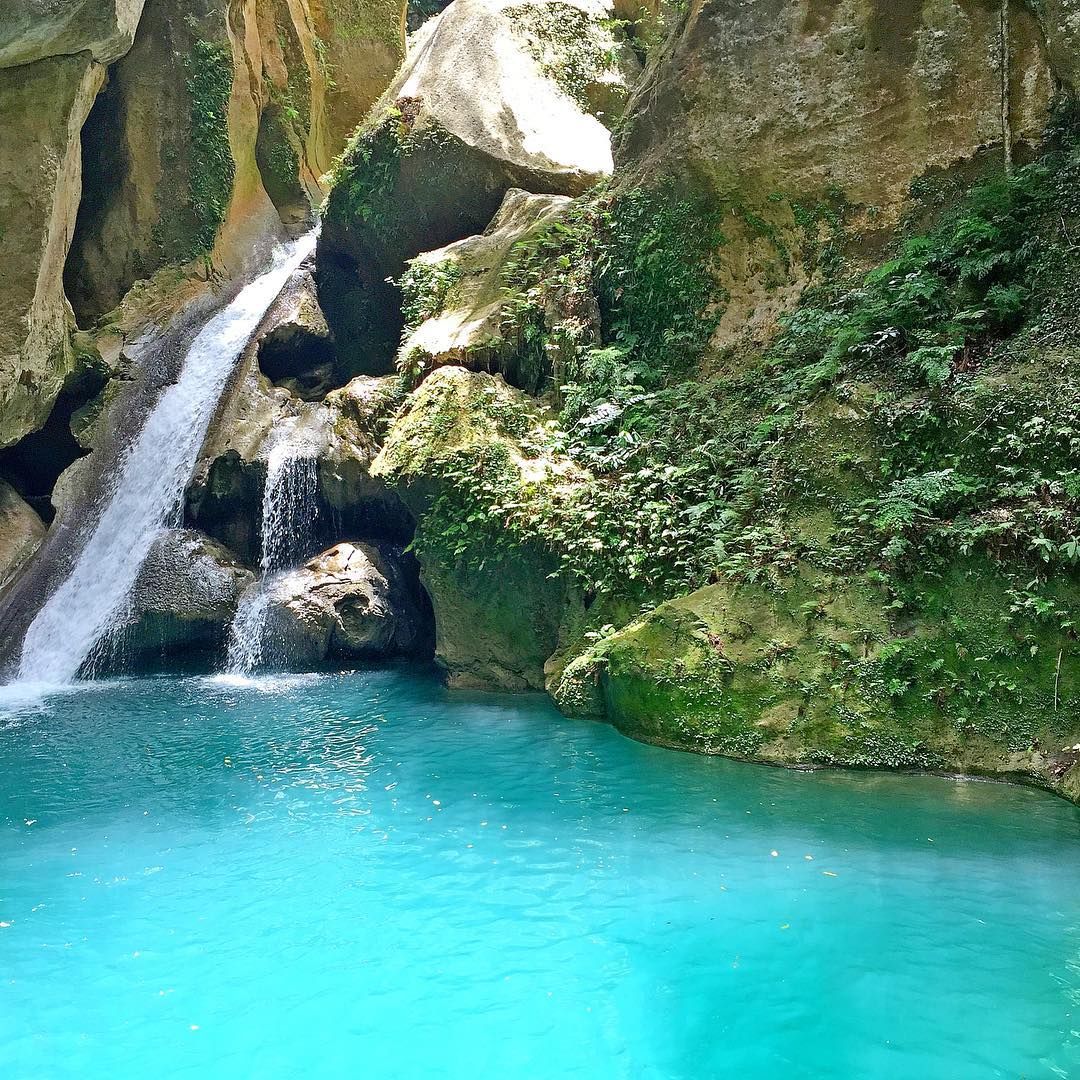 Frequently this little island, split between France (Saint Martin) and the Netherlands (Sint Maarten), is visited as a popular cruise port of call. But I would highly recommend staying longer to soak in as much of the island as possible. 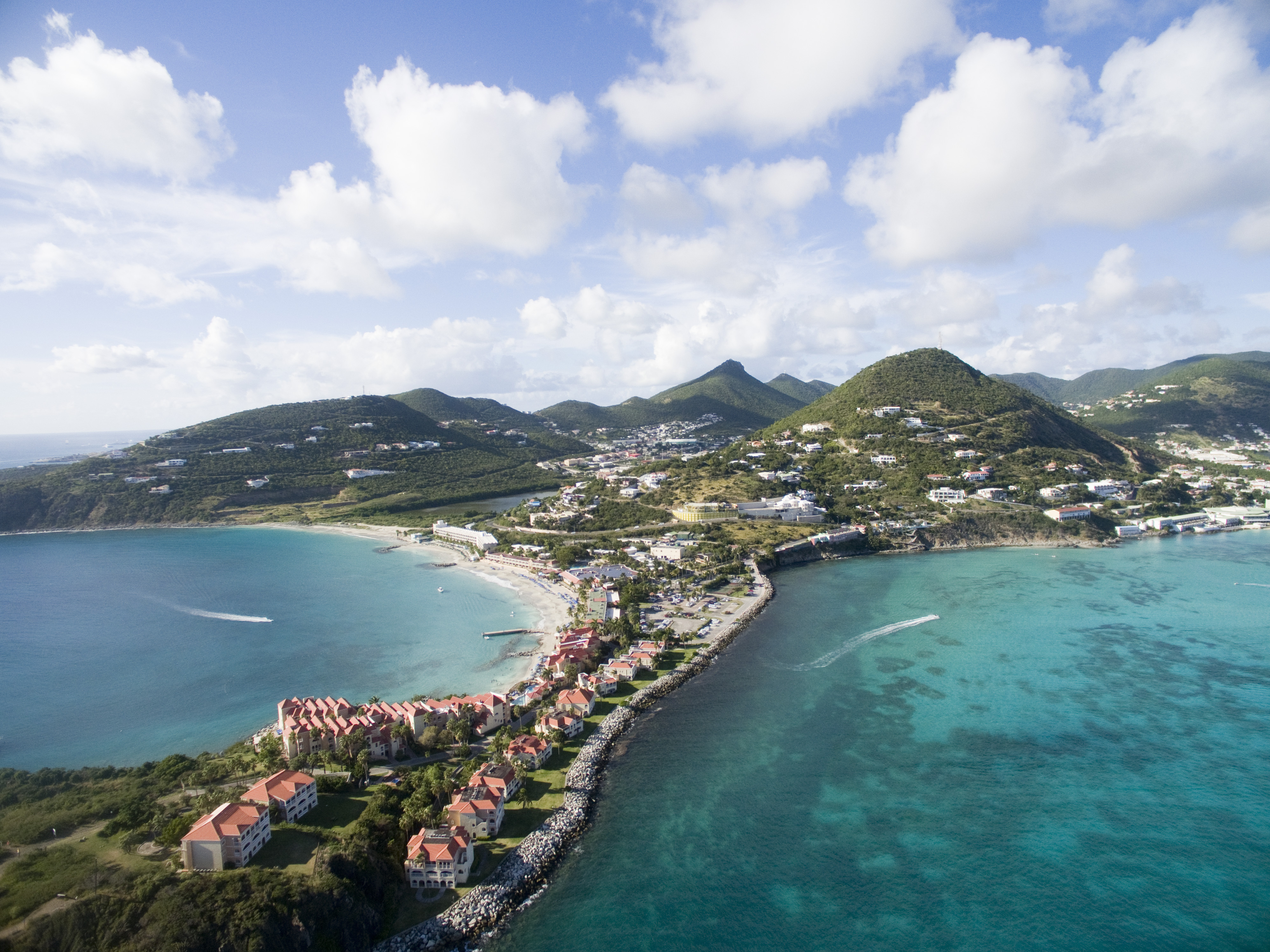 The northern French half of the island is much calmer and more refined, with the town of Grand Case being one of the Caribbean’s great foodie hubs and Anse Marcel’s white sands attracting well-heeled sun worshippers. Philipsburg, capital of the Dutch side, is livelier, with plenty of bars and duty-free shopping. Water sports and diving trips depart from there too. 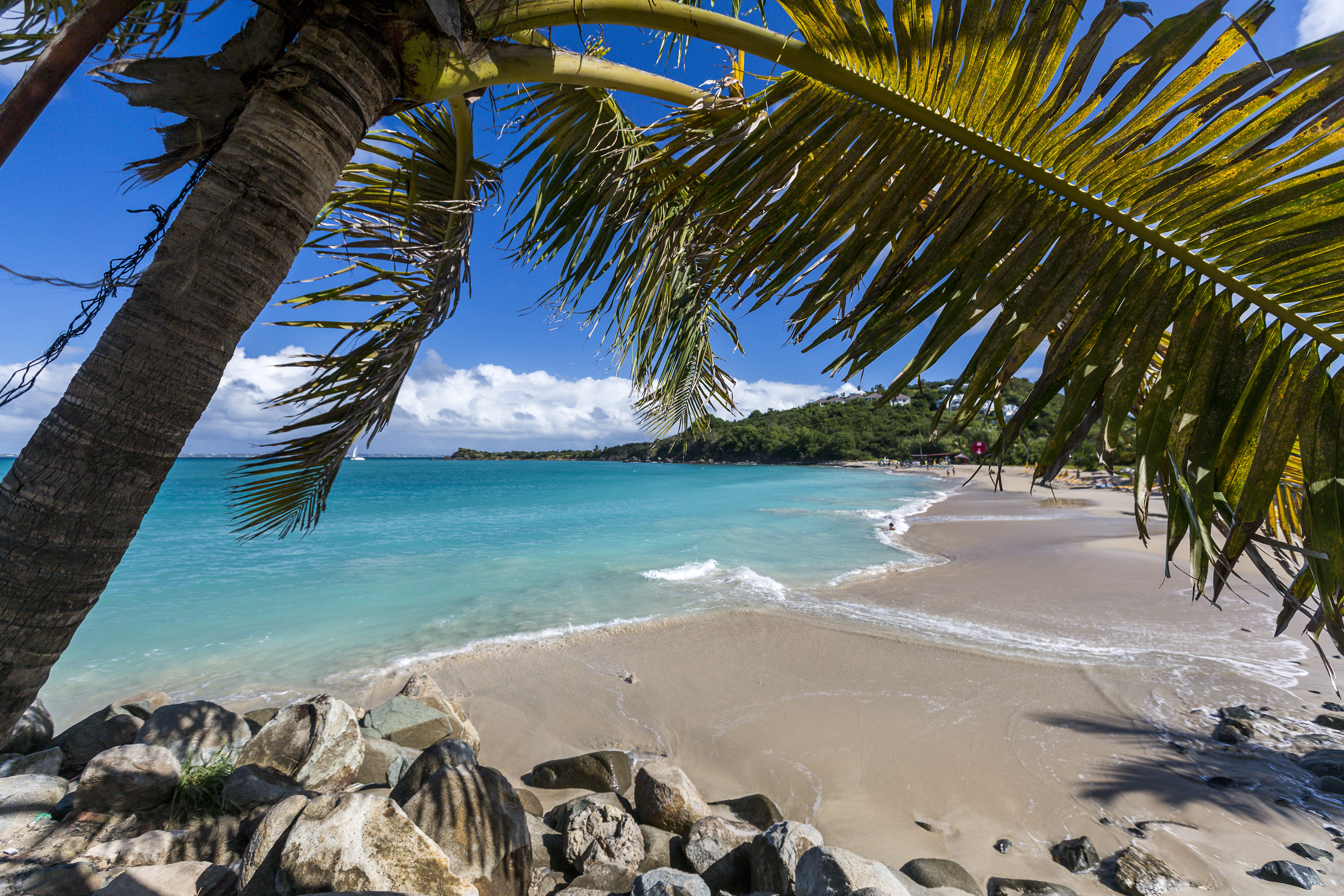 The British Virgin Islands is arguably the Caribbean’s most impressive hotspot for those on yachting trips, however, for those without their own yacht, day cruises, snorkelling -especially around the wreck of the Rhone near Salt Island – and surfing – Josiah’s Bay on Tortola is popular – are the key activities. The main island of Tortola has plenty to see and do too, with Cane Garden Bay packed with reggae-pumping beach bars. 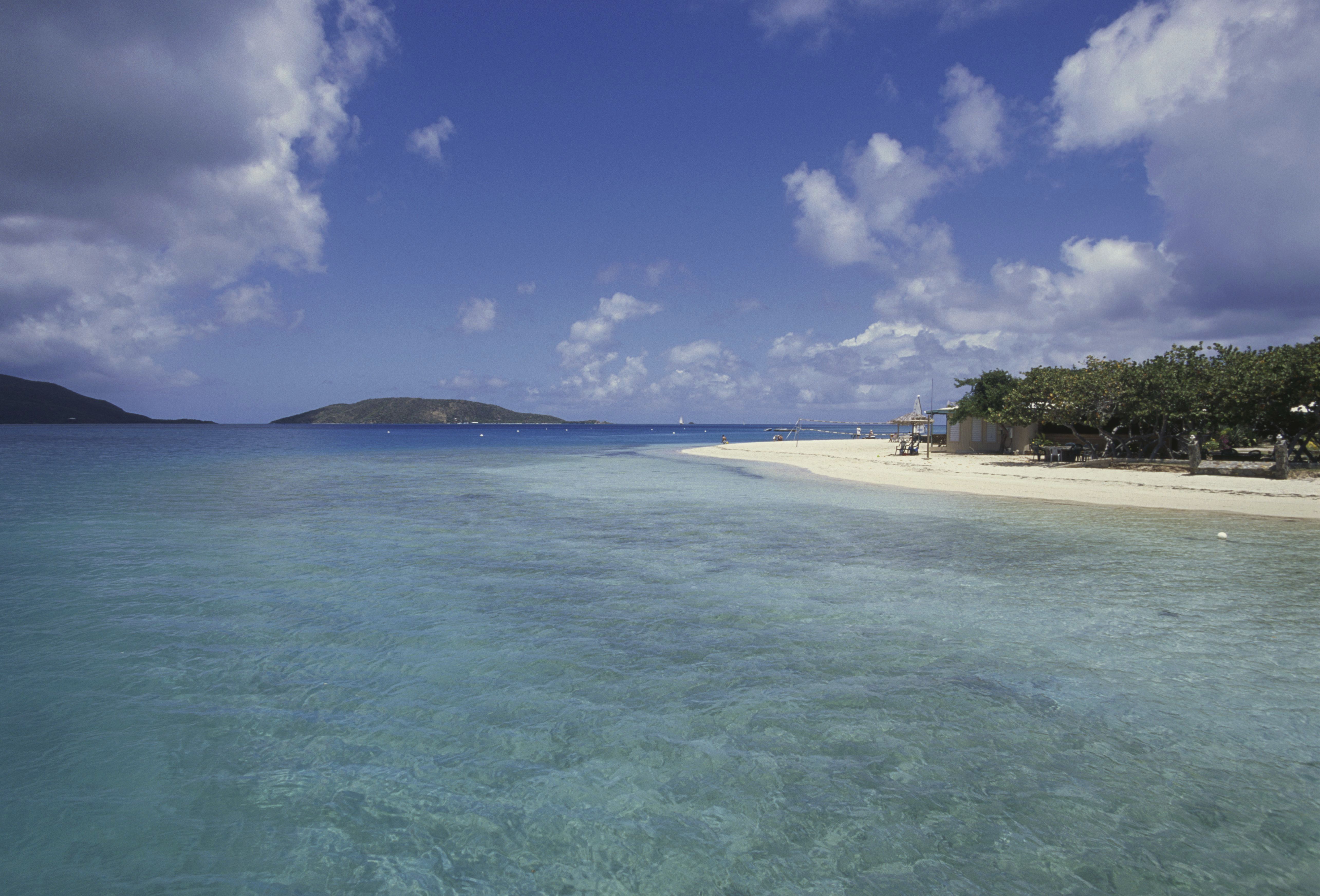